English independent film director Henry Franks (Matt Smith) gets a call from an film executive (Cedric the Entertainer) in America saying they want to work with him on a big budget musical film. He and his assistant (Emma Watson) head to the States to start production and stay at Universal City, California. When he gets on the set, he meets and befriends the staff. At first he's flattered, but as time went on in production, he becomes stressed out as he deals with interference from the studio to the point where he loses his temper on set. The studio has him go into an anger management class to calm him down. When he gets there, he is assigned a partner, Donna (Shailene Woodley), a former child actress who fell into alcoholism and drugs when her career didn't take off, and the two start bonding, but then as they bond, they help each other with problems in their lives and secrets are revealed.

In 2016, Henry Franks (Matt Smith) has just won the BAFTA Award for Outstanding Debut by a British Writer, Director or Producer, thanking everybody involved. The following years lead to him being the most acclaimed director in all of England. He goes to different radio stations and talk shows to promote his films and sometimes visits.

Donna confronts Henry about the rumor

Henry sings on The Tonight Show/Henry makes up with Grace

Henry makes up with Donna 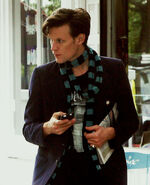 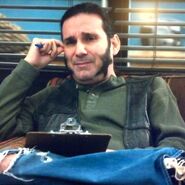 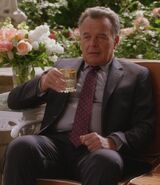 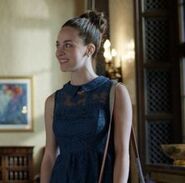