Wild Girl is an 2010 American coming-of-age film directed by Steven Spielberg. It tells the story of an autistic girl who is trying to fit in at her new school.

Amanda is an 8-year-old autistic girl with no communications, and rarely throws epic temper tantrums.

The next morning, Nicole and Dave struggle to get her to school. There, Amanda is bullied due to her bizzare behaviour and rare tantrums. This also happens due to her not talking in class. Her noises annoy the other kids and made the teacher, Mrs. Lilly, mad. Amanda throws an tantrum when she was bullied by her classmates. Mrs. Lilly, who was absolutely furious when this happened, blames her and sends her to the office, Then, she reports the incident to Nicole, who sends her home. The next day, Nicole tells the principal to have an nicer teacher for Amanda, and the principal, named Carl Agrees, saying that she abused her and the other classmates. She was later revealed to be Mrs. Angelica, who was born and raised in Australia. They suddenly become friends

On Halloween, Amanda dressed up at the famous monster, Godzilla. She is still bullied at school. Then, she goes trick or treating with her friends. By November, after coming home from school, she plays in the snow and drinks hot cocoa. The next day, Nicole takes Amanda out for some ramen noodles. The school reports of a fit, then she sends her home. While attending to Amanda's needs, her parents' work is affected and they end their partnership. On Thanksgiving Day, Amanda, Nicole, Dave, as well as Jean, Bob, Aunt Julia, Uncle Robin, and some of their friends enjoy turkey and other Thanksgiving food. Amanda and her dad watch an parade on television.

Back at school, Amanda is still bullied. She and her class go to the Christmas concert, then, she gets bullied by Frank, the school's most naughtiest boy. Throughout the scene, he tells her that she has got an "marble kingdoll brain" and gives her a wedgie. Everyone laughs at the feeling this gives out to them. Amanda screams then punches him, resulting in a gigantic red bruise on his right cheek. Amanda opens up her presents, one being a Spongebob plush (since she likes Spongebob). Nicole And Dave Go Out on a date on New Years Eve, but are worried about Amanda being bullied.

On her first day back at school, she was greeted by her teachers and classmates. The bullies then mumble "Hi there, kid....". In lunch time, Amanda eats one apple, a pack of gummy bears, and drinks a bottle of lemonade, though she drinks at the water fountain. She starts to get harrassed, then starts the cry. Later in the gym, Amanda is scared by the hatred but could not stop thinking about the bullies she was the target to. Luckily, she has an fun time at the gym. However, Amanda was continued to by bullied and harrassed until Principal Carl notices it one time in the hall when she was called names such as "the girl with no communication battery". Carl intervines and suspends the bullies in two months. Nicole And Dave, While Talking To Carl And Angelica, find hate notes about her and two photos featuring her removed out. Angered, Nicole tears the hate notes, throws them in the black bin, and deletes the photoshopped pictures from her computer. Then, she starts to cry when her parents take her home.

It was Amanda's birthday, and the entire school celebrates. At home, she is given presents by her parents. By April, she celebrates Easter by going on a egg hunt with the neighbours' children. Amanda returns to school and is still bullied there. Mrs. Angelica announce that there will be field trip to the local zoo, which Amanda is excited about, and shows the note to her parents at home. A few days later, they go and have a good time. While they are at the zoo, Dave and Nicole go on a date. Meanwhile, the students feed a giraffe, go to the picnic area, visit the aquarium, and more. Amanda's school year goes well, and now, she has several friends. Then, she goes home for the summer.

In the countryside, Nicole and Amanda visit her grandparents. Suddenly, a bumblebee stings Amanda, who screams in pain. Nicole takes advantage of her grandparents' intervene. Nicole takes Amanda to Walmart to go shopping for some new trainers. The next day, Amanda wants Billy to go kayaking with her, so he is willing to speak with Amanda. Amanda began to moan. Billy asks her to till him what she wants, and responds to him by typing "bathroom". Then, he goes kayaking by himself to make sure that Amanda is safe in her room.

• Kyla Warren as Amanda, the main protagonist of the film.

• Angelica Huston as Mrs. Lilly, an teacher who was abusing Amanda of things she should not done.

• Margot Robbie as Mrs. Angelica, the new teacher of Amanda. She was born and raised in Queensland, Australia (hence she speaks with an Australian accent).

• Karen Fukuhara as Linda, one of Nicole's friends.

• Sylvia Hoeks as Veronica, another one of Nicole's friends.

• Ralph Fiennes as John, one of Dave's friends

• Alan Tudyk as Tommy, one of Daniel's friends.

• Kyra Sedgwick as the lunch lady

• Paul Rudd as Daniel, a neighbour of his.

• Nicolas Cage as Wilson, another neighbour who likes franchises such as Power Rangers and Godzilla.

The film's score is by John Williams. Songs from various artists such as Micheal Jackson have been used in the film.

2. What A Wonderful World (Louis Armstrong)

4. Head Over Heels (Tears For Fears)

6. Man In The Mirror (Michael Jackson)

8. Lucy In The Sky With Diamonds (The Beatles)

17. A Playful Amanda In The Snow (John Williams)

19. We Are Done With Work (John Williams)

20. Thanks For Giving (John Williams)

22. Concert For The Holidays (John Williams)

27. Struggling With The Enemy (John Williams)

Like the other film, it was an box office hit. Rotten Tomatoes gave it a 100% rating. 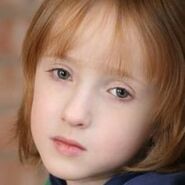