This article or section is under construction. Therefore, please excuse its informal appearance or unfinished information while it's being worked on. It should be completed in the future. If not, I don't know.

English
Spanish (with SAP; a Spanish language simulcast of the channel is also available)

Prince Television (PTV) is an American cable television network owned by the Kids, Young Adults, and Classics division of Warner Bros. Entertainment, itself a subsidiary of AT&T's WarnerMedia through its Studios and Networks Group division.

The channel was launched on June 22, 1977, and the channel originally aired animations for mostly children, and currently broadcasting mostly music videos, game-shows, news, entertainment, talk-show, sitcom, reality, drama series, and programs that are from Cartoon Network, Adult Swim, Boomerang, and TBS, and are aimed primarily at children and adults ages 8-35.

In 1964, Sterling Robinson pitched an idea about the cable television network, called The Prince Channel, collaborate with RCA Corporation and NBC.

On June 22, 1977, the channel was launched as Prince Studios Network, with the first episode of Lassie's Rescue Rangers.

Prince Television does not become an entertainment channel until the '80s, while Neon Nights do not broadcast any television programs until in the year 1992.

In 1986, RCA Corporation was defunct, which Warner Communications owns the channel, while in 1995, Kinnevik became the co-ownership of the network.

In 1998, Modern Times Group becomes the co-owner instead of the investment company Kinnevik, after ZTV moves from Stockholm to London.

In 2003, Prince Television got rid of its mascot and changing its name to Viasat Prince and Viasat Neon, the channel's logo added a circle with the word "Viasat" on both Prince and Neon.

On March 13, 2020, Prince Television announced that most of its original programming was cancelled for a while due to COVID-19.

On February 5, 2021, the president of Prince Television and Neon Nights, Jordan Holland stated in an interview that this channel would focus more on animated and manga series and less of that third-party content that is not suitable for the network. He also stated that the network will air preschool programming from the morning to the afternoon and that the channel will continue to broadcast music videos and live-action shows, he also stated that Prince Television will be a channel for everyone, but mainly for older children and teenagers. 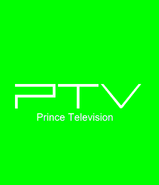 Main page: What if NBC launched an animation channel in 1977/What if WarnerMedia and Viasat were partners/List of international Prince Television channels