Wes Craven's The House on 666 Blood Street is a 2015 psychological horror film directed by Wes Craven.

A family with five kids mysteriously follows into an abadonded house which some of the victims were locked inside. Three investigators must find out why they are trapped... 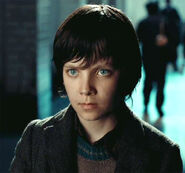 Caitlyn
Add a photo to this gallery

It will be distributed by Universal Pictures and Legendary Pictures with Blumhouse Productions and Annapurna Pictures.

Annapurna Pictures
Add a photo to this gallery
Retrieved from "https://fanon.fandom.com/wiki/Wes_Craven%27s_The_House_on_666_Blood_Street?oldid=191405"
Community content is available under CC-BY-SA unless otherwise noted.