The movie cost the studio and Peter Jackson 200 000 000 US Dollars to make, it grossed over 50 bucks worldwide, it rescieved a sequel made with a 90 US Dollar budget and a custom action figure of younger version of Clint Eastwood hanging himshelf made by a crazy person in the medical insitution for disturbed crazy cat obsessed grandmas. (Nicholas Cage got paid over 200 000 US Dollars by fans worldwide who wanned to pay their pitty for the poor guy who had plaid bloodstains and dead aliens/humans in the movie)

Clint Eastwood as The Janitor

Lady Gaga as the Mop

Nicholas Cage as Bloodstaines, Corpses, Body parts and everything else (including the spaceship)

Cast pictures (Not in costume) 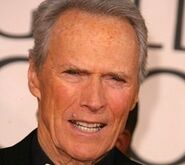 Did you really expect to see Morgan Freemans voice?

Nic Cage
Add a photo to this gallery
Retrieved from "https://fanon.fandom.com/wiki/Viscera_Cleanup_Detail_(2021_film)?oldid=193736"
Community content is available under CC-BY-SA unless otherwise noted.