Virtual Judy is an upcoming Chinese science-fantasy animated series created by iQiyi in co-production with Sanzigen and Lia Lorenzo Studios. It is based on iQiyi's reality show Dimension Nova.

Judy is a girl unlike the others-- she is a virtual human-like life form. She must learn how to adapt to the real world, and bring hope in times of crisis. 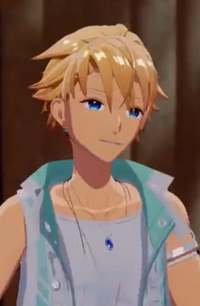 Retrieved from "https://fanon.fandom.com/wiki/Virtual_Judy?oldid=572377"
Community content is available under CC-BY-SA unless otherwise noted.