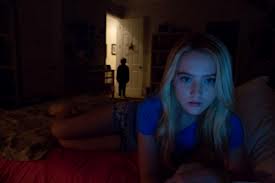 The flim starts off were it left off in Video Camera 2.Casey,Alexis,Lilly and Olivia met Leila outside of the mansion and they walk away and a semi truck comes speeding at them hittig only Casey and Alexis.Lilly,Olivia and Leila are put in foster care and a woman named Alise Ford takes all three of them to her mansion and there is cameras all over the house bacuse Nate Ford loves keeping vidos of his foster children.

Sam,Tim,Adam,Jane,Natalie and Whitney the other foster children thinks Lilly,Olivia and Leila are odd even though they stay in there room all day long and all of Alise's children are homeschooled.Whitney goes past Leila's room and here's her say stuff that's not english and she turns around Olivia is standing there and Whitney walks away.Alise starts to notice that nobody comes out of the mansion complex anymore.

Sam,Tim,Adam,Jane,Natalie and Whitney go up to the train tracks behind there mansion and the train starts to come and Lilly throws Tim in front of it and his boyfriend Sam saves him.Natalie comes home from work and finds Leila sitting in the living room talking to someone named Caleb.Natalie asks who's that and Leila' gets up and walks upstairrs.That night Alise's car levatates in the air while there sleeping.

The next day while in school Alise teaches them about Art and Olivia starts muttering Caleb and Alise asks who that is and Olivia says he's standing right ebehind you and Alise dosen't beleve her and dust falls off the ceiling and lands on an invisble person and everyone sees this.That night while Sam is sleeping Lilly,Olivia and Leila stand above him while he sleeps and wakes up and Lilly,Olivia and Leila are gone and then he closes his eyes and they are standing there again.That night Sam and Tim are on top of each other and Sam looks and sees Lilly standinng at the top of the steps watching them.

Alise and Nate leaves the house leaving the foster kids alone in the house with Lilly,Olivia and Leila. Jane is in the living room by herself and suddenly her blanket goes flying across the room and she is about to run out of the house when something invisble grabs her leg and drags her up stairrs and into the attic.Adam goes into the attic and finds Jane standing by the window and then they leave the attic.

While Whitney is taking a bubble bath a dark hand comes out and pulls her under.Natalie finds Whitney and thinks she'd dead but she's not.While Tim is sleeping Lilly comes in and Tim starts leavatating.Jane goes and looks at herself in the miorror and sees herself as a demon.

While Sam is sleeping a shadow is seen on the wall by the loveseat and his blanket is thrown off and he is dragged off the couch and up to to the attic but Sam runs out and runs into Olivia and she screams at him and Sam runs downstairrs and he tells everybody what happend.

The next day Nate is left at home all by himself and he is watching T.V. when the lights and power goes off.He's about to go outside when something ivisible pushes himdown and Nate crawls under the glass table.He sees the demon walk around the table and then something grabs his legs and drags him away.

Sam,Tim,Adam,Jane,Natalie and Whitney come home and the lights are out and there foster parents are gone.Adam said on the way in he saw a bombfire going on and they might be there.They all follow the Adam and they stop when they see a bombfire and see a ku ku klax gang and they also see Lilly,Olivia and Leila but there demons.

Lilly sees them and says stuff that's not in english and everyone comes running at them and the foster kids run in seperate ways.Adam hides under the tunnel that's under the railroad tracks and one of the ku ku klax person grabs him and Jane can here him screaming as she runs in the middle of the streeet from Lilly and Olivia and then Casey comes at her screaming.

Natalie runs into somebody's house and hides in the closet but then she is grabbed by one of the ku ku klax gang.Sam,Tim and Whitney are running away from Alexis and the ku ku klax gang and they cross the bridge but ALexis grabs Tim and Sam and Whiitney run off the bridge and they are running on top of a hill and the ku ku klax jumps out and grabs Sam and Sam tells Whitney to run and Alexis walks to Sam and Casey starts to chase Whitney and Whitney runs into her house only to be tripped by a invisble person and Whittney falls in front of the miorror and she starts to cry and she crawls to the mirror and then she gets dragged away. 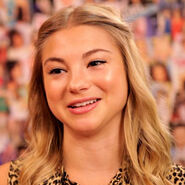 Neil Patrick Harris
Add a photo to this gallery
Retrieved from "https://fanon.fandom.com/wiki/Video_Camera_6?oldid=169233"
Community content is available under CC-BY-SA unless otherwise noted.