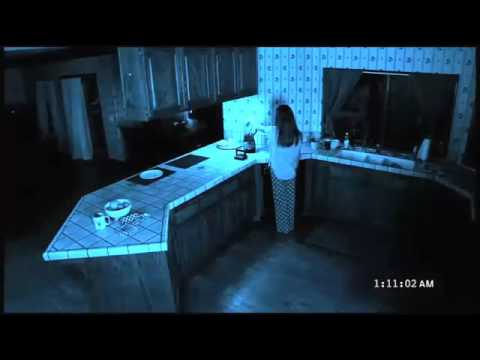 In 2013 Casey's sister Alexis and her family Ken, Lilly and Olivia and there dog Summer come home and hey find out that there house has been broken into and so Ken puts video cameras in every roomof the house and outside the house.

That night Olivia stands on the roof of the house for severl hours. That day Ken is talking to Olivia and when he turns around Caleb is standing there.

That night the front door slowly opens and Summer goes outside and the outside cameras shows her going to the barn and then all the horses come running out.

That day the find out that all the horse's are gone and Summer acting up. Lilly go's out and plays with Summer but Summer turns into a demon and chases Lilly through the yard and eventually Lilly locks her up in a barn which used to be Summer's dog house.

When ever Alexis,Ken and Olivia get home Lilly tellls them that Summer is gone and they go to the doghouse and the gate door is laying on the ground. That night the door to Lilly's room openes and you can see a shadow and then the blanket go's off of her and then Lilly get's dragged off the bed and out the front door and then she get's locked into the grauge but she runs out of the grauge and get's in her car and leaves the place.

That day Alexis go's into the bee garden and get's chased by a bunch of bee's and there in the form of Caleb just like the one in Video Camera. Lilly comes home an dlocks herself in her room.

That night Olivia walks into the master bedroom and watches Ken and Alexis sleep for severl hours.

That day Lilly is in the hammock when suddenly she see's Caleb and the hammock starts swinging back and forth and when ever it flips over she's face to face with Caleb and then he throws her out and she runs into the house.

A few hours later Brittany Blaze comes over a neighbor a family friend and she vists with them. That night Ken is waken up by a noise and go's outside and he uses his binocklers and see's a ku klux klan and a bon fire and they are all levetating and then he go's to the deck to geta closer view and he see's Brittany Blaze levatate off the pond and then the ku klux klan and Brittany Blaze look at him and then the deck collapses and Ken runs into the house. Later that night Brittany breaks into the house and walks around and touches stuff and then she leaves. On halloween Ken looks on the internet about how to get rid of demons and it says you half to pass it on to somebody eles and he tells his family and they argue but they finally invite Dave Alexis couisn beacuse it has to be blood related.

They do a sanonce in the living room but all th elights go out and they start flickering and you can see Caleb standing behind Dave and then when they flicker again David is in Alexis face which cause's Lilly to run out of the house where she is chased by the ku klux klan to the pond where she is suddenly pushed to the pond to where Brittany is and the ku klux starts chanting but somehow Lilly stops the sanonce and she is pushed back to the land where she runs up the hill and into the house where Alexis tells her that Ken and Olivia left and she said Dave ran away.

A couple horurs later Alexis is cleaning Lilly's room when the door shuts. Lilly is outside by the foutain listing to music. Ken and Olivia come home and Olivia and Ken try to get Alexis out but they can't and you can here a louad growling noise from downstairrs and Ken tells Olivia to stay there and he go's downstairrs with the camera and all the lights go out and Caleb runs out the front door and Ken go's out and see's the grauge door open and he walks slowly to it and he finds a falshlight and turns it on only for a demonized Casey to scream in his face and he runs out of there and into the house and locks the door.

Ken go's upstairrs but a demonized Olivia jumps on him causing him to fall down the steps and he gets up and runs outside only to be jumped by Olivia again and he get's clawed to death.

The door to Lilly's room opens and an unseen force drags Alexis down the steps and out a window killing her and that is witnessed by Lilly and Lilly trys to get up but she's stuck and she is pushed into the fountain and she can't get out.

A few horors later Casey comes out and Alexis's body starts leavataing and then she turns into a demon and then Lilly slowly rises out of the fountain and she is a demon. They walk out of the house to Olivia and a girl(Leila) and they walk away from the house.

A text says that after Casey Wilcox left her home on October 31st she came to her sister's house and there wearabouts are unknown an dthey never found Ken Mara's body.

Retrieved from "https://fanon.fandom.com/wiki/Video_Camera_2?oldid=125620"
Community content is available under CC-BY-SA unless otherwise noted.