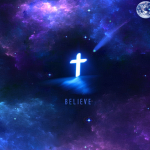 Hi, welcome to Fanon Wiki! Thanks for your edit to the File:Asher brooks.jpg page. If you need help, read through our help pages or contact a local admin. If there are no active admins here, stop by Community Central and check out our forums.

Take a look at the Finding Marlin page on Idea Wiki: http://ideas.wikia.com/wiki/Finding_Marlin

I can help you out making your next Power Rangers movie if you want.

You have seen the other ones I've made, right? Just curious....

Yep. they're so cool. I never make a Power Rangers movie before so i thought we should team up. I can lend you a character that didn't appeared in the series for one film.

Interesting.....I already have someone on board to help me with the next one (which is the last one), but....I don't mind.

My character name is Lorcan Darcy, has psychic powers and telekinesis but he has a purple jacket.

You write good movies man. We really should team up for one movie.

Here was the first one I posted: Carrie: Blood Of Redemption

Hey dude. I readed your first carrie movie and it's awesome.

Thank you. It was probably the longest one out of all the movies I've made on here.

Hey man, i was thinking you should make a Power Rangers/Carrie movie. I'll help you if you want. We can use my OC for one movie and i came up with a human villain.

So what do you think of that idea?

If i see it, you wanna make a Power Rangers/Carrie movie?

I read Spider-Man Final Calling and not bad. Look, the only reason i wanna work with you is because you're kinda good.

Hey man listen, i'm writing the Power Rangers and Carrie crossover movie sorry i have to use your power rangers movie characters for it because i have no ideas. But feel free to help Power Rangers vs Carrie: Under the Warrior

I looked at your Suicide Squad movie, cool. I bet you can't add Harley Quinn uses the toilet.

Okay, listen i need your help with the plot, that's all.

Hey, thanks for edit it.

You should make the image for my movie.

Hey, it's been a while, I made a sequel. Here, Power Rangers vs Carrie: Destination: Revival

Add her to what?

Hey i think i found something. Check

this out. Maybe we can make a movie of this.

I don't know about that......unfortunately

Well we should give that a try, think of it as a thank you for editing Power Rangers vs Carrie: Under the Warrior month or two ago.

I don't have long before I go back to school.....but I'll think about it, if I'm not so busy

take your time to think and let me know. and also good job with those Power Rangers movies.

Hey i also forgot to mention, i'll let you make any scene you want.

Look the thing is, the only reason i want to write with you it's because your stories are amazing.

Hey i read your movies and i love them, look, i really love to write one movie with you.

Is it okay i can write a little bit of Carrie and Kurt 3?

I, unfortunately, have everything I need to write on Carrie & Kurt 3

Hey, maybe you should came up with Carrie's reunion with Rita Desjardin and have some catching up with her. Try name a new characters.

I'm glad you asked. I didn't learn much about the character until the beginning of last year. I ran across the character while watching a WatchMojo video "Top 10 Good Guys Gone Bad". I saw she was number 6 on that list and once I learned more about her life, her struggles and her abilities.....I HAD to know more about her. At that point, I had to read the book and watch both the original and remake. I love the original and I like the remake for what it is. The main reason I like Carrie is the fact that I can relate to the type of s__t that's she been through.

No one deserves to go through that. But what terrifies me about the book and the films in general is the fact that THERE ARE PEOPLE LIKE THEM (Margaret, Chris) WHO DO THAT KIND OF S__T IN REAL LIFE.....and it TERRIFIES me.

Well i wish you and i can make a Carrie movie.

Yeah, it'll be amazing. It's like a Carrie shared universe.

Well, have you thought it over about the idea?

Here's an idea, what if Carrie encounters her deadly new enemy in a new movie, and then she must team up with her childhood twin friends?

Hey, i'll tell you what, I made this Carrie (TV Series) , why not help me out?

But...uh...how did you make the template for that infobox?

Oh press add other template and type in Infobox television and done.

hey listen, I got a question, if Chris died in that car windshield blown up in the 2013 movie, How did she end up in prison in Blood of Redemption?

Well, That was one of the few things I had trouble with making the story. But I had to watch that specfic car crash scene over and over again to discover an inconsistency with Chris' "death". First of all, crashing into the windshield doesn't necessarily cause THAT much blood loss on you, but at the same time, she'd be dead on impact because the shards would've gotten through her eyes or somewhere else. But most importantly, when Carrie dropped the power support onto them, it basically hit the gas station and it didn't even hit the car when the gas station blew up.....and the car wasn't even on fire by the time Carrie walked away from the carnage.

That seemed like enough to me to actually include Chris into this story, and not only that, but there's really no better villain for Carrie than her.

So how did she survived? I think she probably becomes immortal or something.

And is Lieutenant Nelson a good guy or bad guy?

Chris actually explains it in the story, you might have to look at it again. And Lieutenant Nelson......he's more or less a minor character, but like most cops, he's good.

Okay, and also will there be another Carrie movie?

Blood Of Redemption has a sequel.

I know that but will there ever going to be a spin off in the Carrie Franchise?

If you want, maybe i can help you out. I watch the Rage too.

How about a sequel of the Rage?

Will there be a second spin off in the Carrie Franchise? If so, what will it be about?

If you write a second spin off, can i help?

I like your new Power Rangers movie. Can i help with an second sequel of it?

I love your movie

Hey man, i love your green with evil movie. Will there be a sequel to it? Because i want to help.

You know, there should've been Power Rangers Civil War movie.

Power Rangers.......Civil War......meaning that a few of the old Rangers get caught up in a heated debacle that ends up separating them, forcing them to team up with other Rangers to take out the other team? Live2Rise (talk) 22:44, September 20, 2017 (UTC)Darius

Well more like that yeah. If you want, i can help you with that and also we can might add Carrie White in the mid credits. So what do you say? Do we have a deal? CLTwins15 (talk)

Okay, i got a Carrie movie and it's called White. In this film, Carrie White is an LGBT Character. Check it out.

You should definitely use my Carrie movie as a prequel to the new universe with Power Rangers. I'll even throw in my OC character, Lorcan Darcy for free.

You see, a year ago i went to see Suicide Squad in 3D. It was awesome.

So let me ask you something. If the Power Rangers meet Carrie White and my OC, Lorcan Darcy, where will they meet? It's just a question.

Can i ask you something?

Hey man, it's been a while so listen, I want to know about something. If there's a Power Rangers x Carrie universe, do you allow OCs?

Hey, I'm taking a bit of a break for today

Take a look at this page!

Can I ask you something?

Just something that happened. Me and Bat-Knight had all these plethora of ideas and.....you know

On that page, it said you had a ship problem with "these 2"?

Except I already had the rest of the story arc figured out and done. Plus, how—-am I gonna help you out if I’m way too busy?

Retrieved from "https://fanon.fandom.com/wiki/User_talk:Live2Rise?oldid=446931"
Community content is available under CC-BY-SA unless otherwise noted.