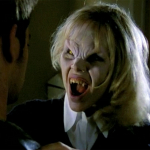 IMPORTANT: We're really sorry, but due to the 2016 Fanon Wiki Awards rule about each user having a maximum of 5 nominations, you can no longer nominate an article since you already nominated five. This is to ensure that every user gets a chance to nominate. If you try to nominate another article it will be deleted. If you have any questions contact me. Chris6d (talk) 20:30, January 25, 2016 (EST)

Find me actors and actresses on Tom and Jerry (film)Edit

OK! But I am not the only one, some user add them too well in their fanmade film. I also add different actors and actress in my fanmade film too. (Ednasharon24534)

I don't know but it wasn't me who lock Curse of the Damned. (Ednasharon24534)

Some time, I always write in different way and I am not very good of spells some hard work. I am trying so hard and I also sort out some pages. Some users help me if they spot my mistake. (Ednasharon24534)

Sometime, I always mistakes some word as different way or word. (Ednasharon24534)

It wasn't me. I am telling you the truth. I haven't add the actors and actress from Final Destination film series. Asks somebody if they are adding them. (Ednasharon24534)

Are you carry on with The Believing? I need more actors and actress and which director to directing the film. (Ednasharon24534)

I got one question, What is Retts syndrome? I am bit confused. (Ednasharon24534)

Can you add a characters and then I add the cast because there's only one cast and characters. (Ednasharon23534)

I Beg for You to Know What You Did Last SummerEdit

A group of privileged teens at middle school have a dark secret after when one of the high school students accidenally kills a stranger.

Either Andee, Andi, Andro, or Meda.

Characters in Skyworld: The First BloodEdit

I got the massage loud and clear. I am not going to mess up again.(Ednasharon24534)

This user named JackMonster wants me to unblock MicroBro and swears he won't swear bad words again, but I'm not so sure about it. Cameron is here 21:06, March 17, 2016 (UTC)

To found young actors for Skyworld: The First Blood Edit

Can you find young actors and actress to plays a character in Skyworld: The First Blood...

I added Willow Shields and Mackenzie Foy to the cast of Wait Until I See You Again. (Ednasharon24534)

I didn't added them because I didn't made the page. (Ednasharon24534)

Hey this is Delsakrista's new account since I deactivated it, but can you help me with my future projects here? (miss12am)

I added Victoria Justice as Veronica Sawyer and Emma Waston as Heather Duke. I forget to tell you before I added, so sorry! What do you think of two actress I choose? (Ednasharon24534)

Please do not create any articles that contain real-life or canon information, as your actor/actress articles do. As well, those articles did not contain categories, and were deleted. All articles must contain categories or they will be deleted. Finally, please remember to properly name all images you upload. Any questions, please ask. Thanks. Chris6d (talk) 19:22, March 13, 2018 (UTC)

Hey, can you help me make the plot for the Robotboy live-action film article? If you do that it would be an honor!

Retrieved from "https://fanon.fandom.com/wiki/User_talk:Dynasti_the_Radicles_Fangirl?oldid=481403"
Community content is available under CC-BY-SA unless otherwise noted.