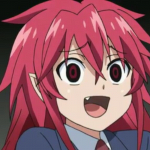 8,292 Edits since joining this wiki
November 19, 2015
(Difference between revisions) | User:CaptainFlowerss 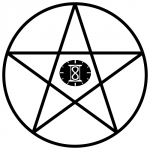 Okay, I see what you mean, but every time you changed the setting on the template, it removed the colored text on one of my pages.  I guess I could try fixing it though. "You can call me NaLu Trash Boat!" SilverthehedgehogMan ( talk ) 22:06, January 25, 2020 (UTC)

Thanks for trying to get the template on the wiki, but I recently found an alternative: a source-code program that works like this: ᠡᠨᠡ ᠨᠢ ᠡᠶᠢᠮᠦᠷᠬᠡᠦ. Unfortunately, as you can see, while the Mongolian text is vertical the way it should be, it moves the line it's on down instead of the one below it; the right end of the coded script is aligned to the bottom of the line it's on instead of the left end being aligned to the top of it as it should be. Could you maybe poke around some places and find a code to fix this? I'll do the same. ~« SkyGuy Wikia Writer - My Talk »~ 02:29, February 22, 2020 (UTC)
Retrieved from "https://fanon.fandom.com/wiki/User_talk:CaptainFlowerss?oldid=500396"
Community content is available under CC-BY-SA unless otherwise noted.