Tranquility is an drama crime thriller-action film released in 2017. Columbia Pictures will distribute the film along with Sony and Screen Gems producing the film and in association with Village Roadshow Pictures.

18 year-old Ryan Geraldo (Jacob Latimore) had everything going for him. Despite his upbringing growing up on the streets of Detroit, he moved to Wisconsin to a new home, new friends (Josh Hutcherson, Kyle Massey), new girlfriend (Zendaya) and the world on his shoulders. However, all of that is seemingly stripped away from him when both of his parents (Tika Sumpter, Wesley Snipes) are killed in the middle of the night. And if that wasn't bad enough, the authorites place the blame on him. While everyone else turns against him, his friends and girlfriend are the only ones who believe him. With help on his side, Ryan now has to go out of his way to clear his name and find out who the real perpetrator is in order to reclaim what was stolen from him: peace.

What worse feeling could you possibly have then to be reach the pinnacle of your profession only to have it all stripped from you? Injustice after injustice has forced me to go to a place that I wasn't proud of. But only if you knew...ONLY if you knew......My name is Ryan Geraldo. I'm currently in prison for murdering my parents. But I am innocent. 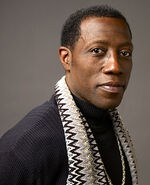 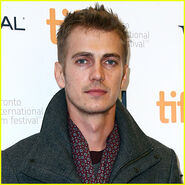 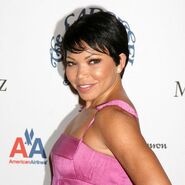 Detective Janet Jensen
Add a photo to this gallery

Retrieved from "https://fanon.fandom.com/wiki/User_blog:Live2Rise/P.E.A.C.E?oldid=314832"
Community content is available under CC-BY-SA unless otherwise noted.