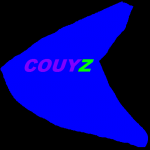 This is CouyZ/Random User #24. He mostly works on Skylanders fan games and in December 28, he'll work on the newest crossover fangame, Couy's Dimension 2: Trap Patrol! He has a trilogy of only 3 films on the map. He is loved by everyone except for few people who don't like few of his Skylanders fangames. This means he is the most beloved newcomer of Wikia. All of his prototype accounts except for this one (which isn't a prototype) are lost and gone. Never get his main non-prototype account blocked/disabled or he'll scrap all of his works and never use his computer again! His previous accounts are prototype accounts or which he'll call them "Wikiototypes". This is his signature!

Retrieved from "https://fanon.fandom.com/wiki/User:RandomUser24?oldid=158954"
Community content is available under CC-BY-SA unless otherwise noted.