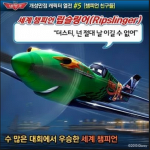 Heaven won't take me and hell's afraid I'll take over.

Hell was full, so I came back.

Life ends but revengeance is forever.

Baddies, internet bullies, multishippers, Mpreg writers and those who violate the Leyenar Fleet have hope because they cannot see death standing behind them.

Hi, my name's Leyenar. I have a lot o' potential movies I wanna make, like...

With strength and rage of crimson red,

Taken from a corpse wrongfully dead,

No one else shall decide my fate!

(When recited by other people aside from me, the "my fate" becomes "her fate".)

For the ship that fell from highest height,

We fans will strive to make things right.

We've only just begun our fight.

The Following YA Movie Cliches

Just A Li'l Something...

Retrieved from "https://fanon.fandom.com/wiki/User:Our_Green_Tornado?oldid=496137"
Community content is available under CC-BY-SA unless otherwise noted.