Trilogy (temporarily known as The Untitled Trilogy Movie) is a 2015 anthology family film starring Stephen Fry as the narrator.

The story takes place involving three stories told by Stephen Fry. The first story focuses on a boy and his best friend who go to the same school go to a ComicCon and cosplay as characters. The second story focuses on a young girl trying to save a boy from being bullied. The third and final story focuses on a fourteen-year-old girl thinks that a boy who was her next-door neighbor.

The Boy Next Door

The Boy Next Door

Adriana
Add a photo to this gallery

There will be a sequel called Trilogy 2: The Sequel. 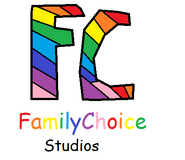 Add a photo to this gallery
Retrieved from "https://fanon.fandom.com/wiki/Trilogy_(2015_film)?oldid=309960"
Community content is available under CC-BY-SA unless otherwise noted.