Tom and Jerry force to work together and team up with sophomores Hayley Dalton, her older twin brother Tyler and their best friends to save the world from the evil rich worker, before it's too late.

Meanwhile, a new group of detective agency all set up on a journey to find Tom and Jerry.

The movie begins where Mammy Two Shoes leaves to go shopping, Tom was left alone in the house. As Jerry sets a trap on Tom, Tom was chasing Jerry that wake up Spike in his nap and Spike end up chasing Tom for waking him up. After Mammy Two Shoes came home from shopping, She kicked both Tom and Jerry out of the house for wrecking her house and she moves into a different city with Spike in the wheelchair (hurting his leg during Tom and Jerry chase). Tom starts heading off and take Jerry with him to make it up to him (unlike the features film), But then, they saw a teenager girl with strawberry blonde hair named Hayley walking down the street with her older twin brother named Tyler while talking to their best friends on their phones. They started to follow them before they lost them.

The next day, Tom and Jerry living on the street as homelessness then Tom and Jerry woke up and saw Hayley and Tyler, the same person who they saw on the street. Tom and Jerry start to follow Hayley and Tyler again to school for their last day for summer. Jerry went inside of the school then Tom follow him before bring stop by the teacher and Tom is getting kicked out by the teacher. Meanwhile, everybody is happy after finishing their last day at school. Tyler went to the arcade–with his best friends, Charlie, Mike and Gary–while Hayley, Christine, Jeannie and Jane are planning to get a makeover at their favorite salon. But then Tyler and Hayley saw Jerry again and hide him in Tyler's jacket until they'll get home. After walking home, Hayley found Tom and take him to their house to be home after living on the streets.

The next morning, Phil and Laura wake up in their bed without knowing what happening to them at night. Tyler and Hayley wake up and found a big dump of garbage in their bedroom. Charlie and Christine wake up and saw a big dump of garbage is left on their kitchen. Mike and Gary came to Charlie and Christine while Jane and Jeannie came to Hayley and Tyler and ask what happened. Hayley get suspicious with her parents and the recycling was dump. Tom woke up along with Jerry shocking Jane due to fear of animals that cause her to have to gets a huge stomach ache and has to go to the toilet if the others remembered since preschool. A little grey mouse who Droopy send named Nibbles arrived at The Dalton's house. Tyler open the door and saw Nibbles who is waving hello to Tyler. Then, Tom and Jerry went to the door and saw Nibbles outside. Hayley and Tyler welcomes Nibbles to their house.

While Tyler and Hayley cleans up, Tom and Jerry starting to like the twins as their good owners. Charlie and Christine start talking to them as friendly to them, Mike brought more food for the others and more toilet paper for Jane if she about to have another stomach ache again. Gary and Jeannie are planning to make breakfast to begin their summer holiday and Gary feed Nibbles with some food. Everybody learn today is wierd day. Then they take the recycling out, more wierd is getting strange when the recycling man dump the recycling out of the road.

Tyler and Hayley founded out that their birthday is in 28 days. Phil and Laura discover that it's about rejected Alan's offer and their Neighbour Carrie told them that He's threatening to rule the world. After Breakfast, Christine and Mike cleans up and then Carrie appeared and saw the Kids hanging together as best friends. Phil saw Tom and Jerry eating and remember the game where he, Laura, Tyler and Hayley played called catchs the mouse that Jerry was there makes them happy.

Alan Taylor appeared and tell them that the world domination is cancelled but then, He hypnotises Phil, Laura and Carrie onces again and kidnapped Tyler, Hayley, Charlie, Christine, Mike, Gary, Jeannie, Jane, Nibbles, Tom and Jerry and sent to an island called Learn-a-Torium Land. Tyler and Hayley plans to escape with their friends. Tom comes up with a plan with Jerry that the only way to escape and get back home is to Join forces Jerry accept. Meanwhile, Nibbles try to call for help to Droopy but fail to pick up.

At the Island, Tom and Jerry explain the plan to Tyler that their escaping will take part in.

So then, They will make it work to their next part of their plan. Tyler can help out. So they make a great plan by working together to save the world.

At the office, Alan is working his machine very well and hired all the adults even Phil, Carrie and Laura to build it and make the world into the new Battlefield call Taylor ia the villainess war. So at Night, Tom and Jerry are building a raft with Tyler while the others are getting the other supplies. Meanwhile, the adults dump the rubbish out to the river with Alan and the bodyguards watch them. Tyler, Hayley, Charlie, Christine, Mike, Gary, Jeannie, Jane, Nibbles, Tom and Jerry finished their raft and About to escape the island to head back to the city and gonna get there by 7 days.

7 Days Later, The Heroes arrived back home and see the city empty and Tom saw Spike and later attack him for payback. Jane feels her stomach again and about to hold it and she finally completed her stomach ache for good and now, She feels tom and overcome her fear. Tom and Spike fight and Mammy Two Shoes–who is hypnotized by Taylor–controls Spike to stop fighting but Tyler grabbed Spike and end the fight. Spike told them that Alan got an evil machine that can take over the world and guided them to the lair.

During the big day of the ceremony, Alan Taylor shows everyone his "bad side" and declare war around the World. While Tyler saw the planes destroying the landmarks and the cities, Alan saw the Heroes escaped and begin his powers by starting up with the destructinator to destroy them but they've survived after the bullets missed. Spike guided them to his detective agency–who amazed the heroes. Spike apologies to Tom and Jerry after the move, He left her to find them and then he's very happliy to see him again after two days. So they will make to team up with the detective agency to save the world once again. Carrie, Phil and Laura are freed from being hypnotized and discover that they really are held hostage by Alan and now they founded out that the kids are alright.

10 days later, on the 18th of July, Tyler and Hayley are practices their fighting and use their reverse spell to bring back Mammy two shoes. Mammy decides not to get a pet. She likes to live alone with no pets. She was about to walk away before Alan kidnapped her. Tom and Jerry decide to join forces with their friends. Tom and Jerry manages to get to the lair to defeat Alan with Tyler and Hayley's help and rescue Mammy. Alan saw and tell them that they're too late. Hayley saved Mammy's life and rescued her. Charlie fought the Minions with his sword along with Christine–who fought the female guards.

While Tom, manage to turn off the machine and save the world. Alan's about to Kill Tyler and Hayley. Then Phil and Laura saved their children's life. The Police arrested Alan and Tom and Jerry saved the world.

10 days later, Hayley and Tyler celebrate their 16th birthday and got Tom and Jerry as their own pets. Jane congratulate them and accidentally put her hand on Tom as he got a huge stomach ache again. Tyler and Hayley got into the argument along with Tom and Jerry, Charlie and Christine, Mike and Gary, Jeannie and Jane as they about to catch each other for fun as the movie ends.

In a post-credits scene, Commander of Space-Time Police Nick Gordon visits Dalton at home, telling them, who warns them of Space Crime Organization Makuu, Space Crime Syndicate Madou, Fushigi World Fuuma, Megabeast Empire, Waller Empire and Criminal Syndicate Metos, who explains to them that something is wrong and Gash Jumon, Renzo Ichijo, Kal Hyugu, Denby Igan, Sage Karasukumo, Dail Sawa, Justus, Yottoko Jo, Diane, Helena and Sergio arrives, and explaining that they wants to discuss the "Space-Time Police Initiative", But in the future, the Future Jane Gunnerson appeared and been told by the monks that she must shave her hair, but then She begin to regenerate into her twelfth life and said the words, Nick Gordon... I've Changed and ready for battle.

(NO MORE ACTORS/ACTRESSES OF THE MOVIE!) 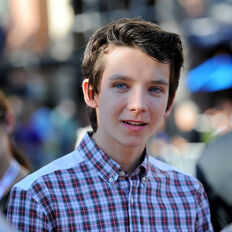 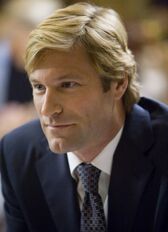 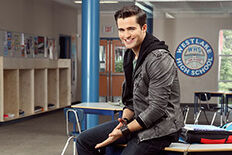 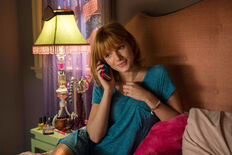 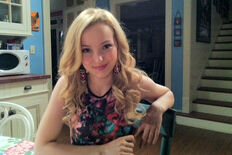 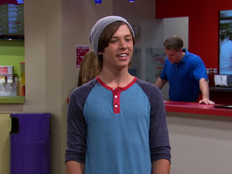 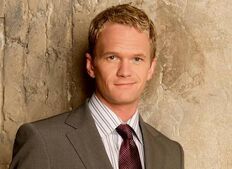 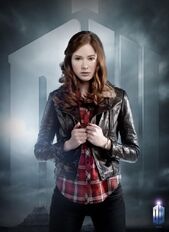 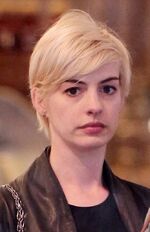 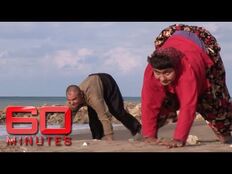 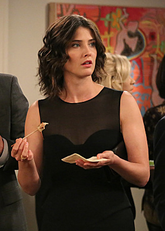 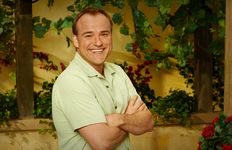 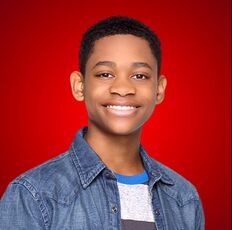 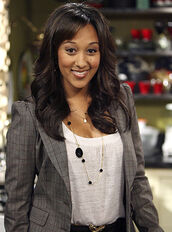 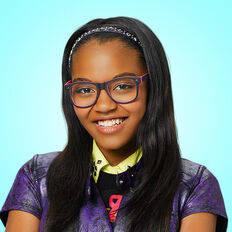 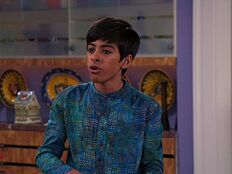 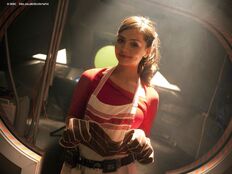 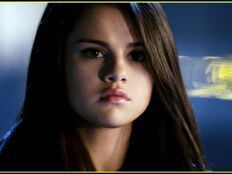 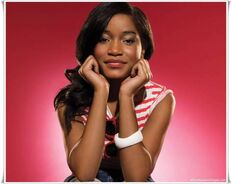 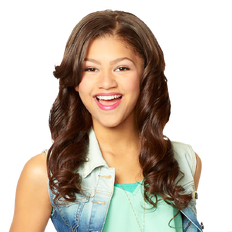 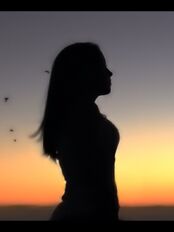 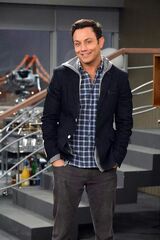 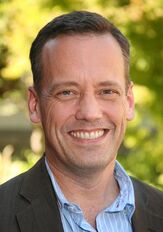 Head of the Monks 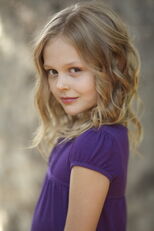 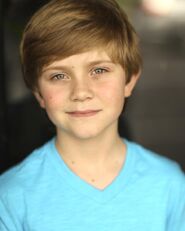 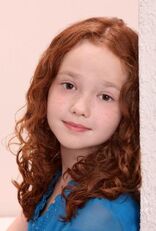 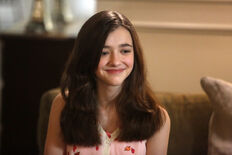 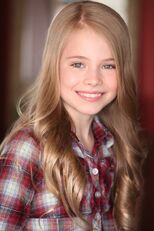 Young Jane
Add a photo to this gallery 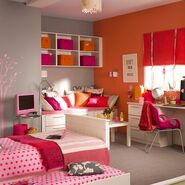 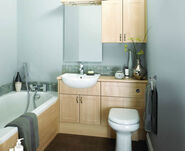 Girls' bathroom at the shopping mall

Boys' bathroom at the shopping mall

Water fountain at the high school

The dark ally where Jane meets her Previous Incarnation

Monastery in the Cliffs (Appeared in the post credits scene)

Sunset at the Cliffs (At the Post Credits Scene)

Past Jane's Tardis Exitior
Add a photo to this gallery

Retrieved from "https://fanon.fandom.com/wiki/Tom_and_Jerry_(Live_Action_Film)?oldid=469284"
Community content is available under CC-BY-SA unless otherwise noted.