Her mom is kidnapped, 17 years old girl are shocked when she meet 16 years old Brianna Jackson, her mom's past self, she was got stopwatch, to make everytime, stop and she help her to save her 35 years old mom.

Sophie meet Brianna, her mom's past self in schoolEdit

Sophie and Young Brianna get chased by the policeEdit

Chris plays as a hero when he tries to help SophieEdit

Sophie, Young Brianna and Missy got rescued by ChrisEdit 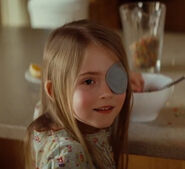 Retrieved from "https://fanon.fandom.com/wiki/Time?oldid=353590"
Community content is available under CC-BY-SA unless otherwise noted.