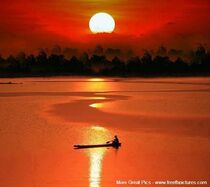 The Satfire Spell is a 2015 film directed by Mark Waters.

The Royals lock Erick in a cell and plan on killing him for killing Nyx. While in the cell Erick thinks about Blaze. The Reaper says he can get Erick. The Reaper appers to Erick and takes Erick out of the cell and takes him back to Erick's house where teh rest of Club Dead is at. Erick says he dosen't know what to do since The Royals are after him. Amber says she's sorry and that she didn't know that any of this will happen and Erick says it's not her fault. Club Dead knows that Erick can't stay here so they take him to The Reaper's mansion and Blaze decides to stay there. Erick asks why The Reaper is still here even though he was just here for The Fiery Heart rithual. The Reaper says that he dosen't know why. Erick still can't get out of his head of what Nyx cursed. Erick asks Amber what the curse means and Amber says its The Satfire Spell which is a spell that will kill you and cause you great havoc.

The Royals come to Alex's house and demands to know where Erick is and Alex says he dosen't know where he's at and The Royals search all of Club Dead's house giving up on where Erick is at. Patrick and Micheal tell Erick and Blaze that they can come back to there house. Will and Adam kiss while walking in the garden. Erick says that he wants to live a normal life with Blaze and Blaze says that will never happen beacuse he's ten million years old and still looking sexy. Gene and Marcus met up with Thayer, Marcel and Norman and tell them that Nyx is dead and that they need help to kill Club Dead.

The Royals come by Blaze's house and tell him that if they don't bring him Erick then they will start a reblion agansit Club Dead. Erick goes to see Amber and asks is there a spell to stop The Royals. Amber tells him abut teh Satfire Spell. Blaze tells Club Dead about The Royals starting a relbion against them. Jen and Klaus the Royal of Fairy and Vamp tells them that there not going with the reblion and not to kill them. Patrick calls his allies Carter, Drake, Owen, Wyatt, Eli, Nichlas, Levi, Jeremiah, Audrey, Ameila, Gabriella, Alyssia and Sydeny to come to Moonsong to fight agansit the Royals.

After Erick gets angry at Micheal he attacks him which gives Amber a flashback of when she was cursed with the Satfire Spell. She tells Erick that Nyx must of cursed him. Blaze wants know what it is ad Amber tells him that it makes you go crazy it makes you want to kill somebody and kill yourself. The only way to stop it is to kill someone that is close to you. There is another flashback of how Nyx and Amber were friends and Amber found out what she was doing and was going to kill her Amber slit Nyx's throat stopping the curse.

There's no other way to stop it. Erick says he can control the compluses. The allies come to Moonsong wondering what there doing here. Carter takes an intrest in Erick even though Blaze is his bestfriend. Patrick wants them all to get prepared to fight agansit The Royals. On live TV the Royals tell the camera that they are starting a war agansit Club Dead. Patrick says it's not safe to live here anymore and The Reaper lets them all stay at his huge mansion. It is offical that Will and Adam are daiting now. Once again Erick tells Blaze that he wants all the drama and evil out of his life and Blaze says that they need to get rid of The Royals and kill Gene and Marcus.

Erick says that he wants the pleasure of killing Gene again. Amber runs to the house and tells them that The Royals are burning the houses down again and Erick and Blaze dress up in dark cloaks and a mask and they go into town with Amber and see them burning down Club Dead's houses they then follow the other people on Moonsong into town and see all of The Royals and with them is Marcus, Nyx(who is a ghost) and Gene. Vladmir comples everyone and says anyone who looks like Marcus kidnapp him and harm him in anyway.

Now they really have to stay away from this island. Erick wants to leave the island but Patrick says they want find them in the jungle and sure enough Madison see's lights outside and see Townspeople far away and they get Club Dead out of the mansion and out into the jungle. Erick ends up getting lost and Vladmir and Mark atattck him cutting him and taking him away. Balze starts looking for Erick after he finds out he's gone and gets attacked by Suzie, Mark and Vladmir but Barbie fights them and they take him.

Erick wakes up in a cell with Barbie. Barbie tells him taht he sacirficed himself for his boyfriend and Erick tells him that he's sorry for sleeping with Alex. Barbie tells him he dosen't care and is daiting Alex and he's happy he's daiting Blaze. Now on an abandoned island Club Dead wants to break Baze and Erick out. Zoey, Marnie and Amber do a locater spell and there in the headquarters jail. They come up with a plan. Barbie and Erick talk about there realtionship and Erick said it was nice to be with him.

Vladmir and Mark take Erick and Barbie out of the cell and into town square planning on excuteing them until Zoey and Marnie comes walking down the street snow falling down and Nyx appers in front of them. Zoey tells her that she missed her bestfriend and Nyx tries to stake her but Zoey throws her back and she crashes into Vladmir and Mark distracting them and Erick and Barbie run off with Zoey and Marnie.

They come back to the island where Blaze hugs Erick and kisses him. When it's nightfall Blaze finds Barbie and thanks him and Barbie says that he's lucky to be with Erick. Club Dead see's two figures in a boat ridding over here and there prepared to fight and it's just Klaus and Jen who tells them that there's going to be a war. Klaus and Jen says there going back to the U.S. after this war is over.

The next day Patrick tells Club Dead that there ready to kill The Royals and they go to the island. He has Klaus and Jen where to met them and what time. Since there's a place nere Moonsong where the sand is high and water runs over it. Mark, Vladmir, Suzie and townspeoople come while in a boat far away Marcus and Gene are at. They all attack them once killing the townspeople and leaving the three Royals.

Morgan, Madison and Melissa kill Suzie and Alex, Lance and Bubba kill Mark leavng Vladmir who comes up behind Blaze and is about to stab him when Erick gets in the way and he stabs Erick in the heart instead and his powers leave his body and he falls to the ground. Blaze, Alex, Lance and Barbie rip his head off. Erick lies on the ground dying and Blaze bites his arm and gives him his blood and dies.

What seems like foever Erick finally awakes as a vampire

Blumhouse Productions
Add a photo to this gallery
Retrieved from "https://fanon.fandom.com/wiki/The_Satfire_Spell?oldid=393972"
Community content is available under CC-BY-SA unless otherwise noted.