The Rebels is a 2019 computer animated thriller film produced by Warner Bros. Pictures and New Line Cinema. The film sets in The Darcy Triplets Storiverse and serves as a finale. The film will be directed by Bob Persichetti, Peter Ramsey, and Rodney Rothman from a screenplay by Phil Lord and Rothman, who also wrote Spider-Man: Into the Spider-Verse, and stars Dylan Sprouse, AJ Michalka, Kyle Massey, Becky G, Sterling Sulieman, Hayley Kiyoko, Blake Michael and Tiera Skovbye.

In The Rebels, Lorcan and Louis teamed up with their childhood friends as they must save the world from their arch enemies.

Plans for the finale of The Darcy Triplets Storiverse to be developed by Lord and Christopher Miller were first revealed in 2019, following of their success in Into the Spider-Verse, Lord and Miller wanted the film to have its own unique style, combining Sony Pictures Imageworks' computer animation pipeline with traditional hand-drawn comic book techniques. Completing the animation for the film required up to 140 animators, the largest crew ever used by Sony Pictures Animation for a film to date. 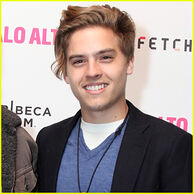 Jake Thompson
Add a photo to this gallery
Retrieved from "https://fanon.fandom.com/wiki/The_Rebels?oldid=446829"
Community content is available under CC-BY-SA unless otherwise noted.