The Knockout Kid is a 2014 sport film, directed by Sean Avildsen and written by Robert Mark Karman and Lukester Farrell and distributed by Walt Disney Pictures. 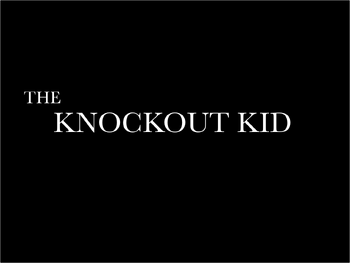 Daniel Magder, a 17 years old boy move to Los Angel for mother's new Business and getting beat by bullied save by Hector, the school's janitor and one-time amateur boxer. Hector and Daniel work together for the biggest boxing match of Matthew's life and discover what it truly means to be a winner.

Ramin Djawadi will be the Score the film and Hans Zimmer will be executive producer.

TBA.jpg
TBA
Add a photo to this gallery

The Knockout Kid Trilogy
Add a photo to this gallery

Retrieved from "https://fanon.fandom.com/wiki/The_Knockout_Kid?oldid=107377"
Community content is available under CC-BY-SA unless otherwise noted.