The Kennedy/Marshall Company (KM) is an American film-production company, based in Santa Monica, California, founded in 1992 by Kathleen Kennedy and Frank Marshall, who are married. It presently has contracts with Paramount Pictures, Spyglass Entertainment, DreamWorks Pictures, Universal Pictures and the Walt Disney Motion Pictures Group. In the past, both Kennedy and Marshall have been involved with Steven Spielberg's Amblin Entertainment. 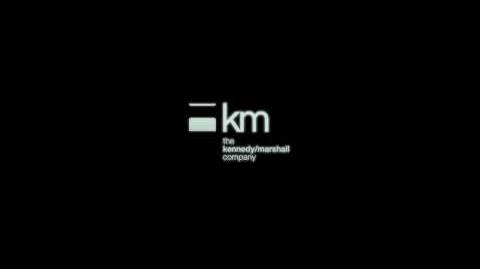 The Kennedy Marshall Company Animated Logo
Add a photo to this gallery
Retrieved from "https://fanon.fandom.com/wiki/The_Kennedy/Marshall_Company?oldid=447508"
Community content is available under CC-BY-SA unless otherwise noted.