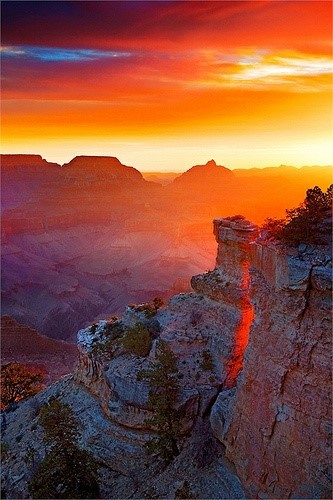 After being turnded into a vampire Erick wants to be a Shadow again and Amber says that it want work for a vampire but she tells them that there's a cure for vampires. They freak out and Erick says that he wants it and Amber says they got find Moonsong, Ashes, Snow White The Tiger, The Firey Heart, The Satfire and The Golden Lilly's and give it to Montrel the first Shadow who lives in the Moonsong Canyons. Erick wants to kill Gene and Marcus and get the cure so he can live a happy life with Blaze. Club Dead takes things slow and let get Erick get adjusted to vampire life.

Drew takes over as president again and rebuilds Club Dead's mansions with his powers. While walking in the city of Moonsong with Blaze, Erick and Parker are ambushed by Marcus who kills Parker by shooting him in the heart with a wooden stake for killing The Royals. Erick runs after Marcus and Blaze tells the rest of Club Dead and they stop Erick beacuse Marcus was going to lead him into a trap.

A few days after Parker's death Erick goes down to the Moonsong cave with Amber who tells him that she some how lost her powers and so did the rest of The Shadows. Erick asks Amber what's Montrel's story and she tells him that Montrel was The first Shadow and wants Nyx found out about him being a Shadow he hid in the canyons and been there ever since. Erick and Amber collect the Moonsong and Erick wants to know where he can get Ashes from.

Amber goes into the house to put the Moonsong in a bag. Erick still mad over Parker's death jumps into the waterfall and appers an island where he finds Parker. Parker tells him not to be sad that he died and tells him to tell Club Dead that if they want to see him then come to this island. Amber appers and says she knew the good souls would come.here and she gives Parker the Moonsong to keep and she and Erick leave and they tell the others about Parker being on that island.

Parker tells them that the rest of the stuff is somewhere on the island and Nyx is on here. Amber says she will be glad to kill her again and Zoey says she will help. It's nightfall and they decide to go to sleep for the night. Zoey, Marnie and Amber have the same dream about Ashes falling from the sky and when there on the hunt for Nyx ashes fall from the sky. They find Nyx in a clearing and Adam sacfrices himself to kill Nyx and they both die for good but Adam's sprit returns along with Seth and Frank and the others. Adam grabs Nyx's fiery heart out of her body.

The Snow white tiger appers to them. The tiger is glad to have his sprit back beacuse Nyx toke it away from him. They just need the satfire which is on the lake. The dead loved ones tell them that it's being guarded by the evil sprits they killed. They find the lake and Erick wants to sacirfie himself before the others but Alex, Barbie and Blaze stop him and they decide to distract the evil sprits with Drew and Patrick. Blaze and Barbie walk on the lake to the evil sprits and talk to them wondering why there till sprits on this island.

Drew, Patrick and Alex come up from behind them and they fight killing the sprits and they get the satfire and Amber says she can take them to The Golden Lilly's in the morning. Erick talks to Alex and tells him that he got in the way to much and now most of them are dead. Alex tells him that there alright and Erick starts crying beacuse there not here and there just sprits. Alex tells him that eve though Erick is daiting Blaze he will always be by his side no matter what.

Blaze can here this nereby and crys beacuse he realizes how much Alex and Barbie loved Erick and that he broke up with Erick for no reason. He attempts to kill himself but Barbie stops him and tells him that Erick and the rest of us love him and can't see him leave. Blaze tells Barbie not to tell anybody what he just did and Barbie promices his brother and not to tell Erick. Erick talks to Amber and tells her that he can't wait to have his powers back. Amber tells Erick that he might be the King of Shadows since when he died he took the rest of the powers away from all the Shadows.

In the morning Club Dead walks in the canyons lead by Amber when she thinks she's in the right place she calls out for Montrel to come out and he comes out with the missing kids from the Royal School and Erick finally mets the Carter the other doppleganger of him. They give them the Golden Lilly's and Amber explains to them whoever wants to become vampires they will do The Golden Lilly rithual on them and all of them actully wants to be human again even the Orginals. Erick, Amber and the other Shadows get there powers back.

After all of them being turnded human they return back to Moonsong where they plan to kill Gene and Marcus. Patrick tells them that they can't all survive but to protect Erick and Lance beacuse they are the youngest ones and the only ones to survive the vampire trainning and Erick cries beacuse he dosen't want them all to die. Patrick tells them there plan. Drew tells them that Marcus and Gene took over the headquarters and that there staying there waiting for us.

Erick realises tday is Gene's Birthday and finds out that everybody in town is attending and that they can go through the sweres and underneath the headquarters to kill them. Everybody is ready to fight even if they die. Erick gives a final kiss to Blaze, Barbie, Alex and Lance. As part of there plan they go to a safe neighborhood on the island. Marcus see's where there at on the video camera and sees that one of them is standing by a bomb.

Marcus sets off the bomb killing Bubba and Ronnie. While in the sweres they are ambushed by creatres that Marcus has put in the sewers which kills Dale, Ali, Elvis. While getting attacked by a wolf Deveraux saves Drew from getting killed to see Adam and her friends and has the wolf kill her instead of Drew which makes Drew cry beacuse she was only a few ages older then me. Marnie and Jamie find the opening to the road up above and they hurry out and the rest of Club Dead follow into a crowd of partygoers.

There having a parade and they hide in a store. Patrick, Micheal, Samntha and Lilly are sad that there brothers died and Blaze is also. Erick takes over and can see Drew's mansion which is where there at and he can see Gene outside waving at the crowd but dosen't see Marcus. Erick dosen't want the the rest of them to die and sneaks out the back way and walks up to Drew's mansion alone and Gene see's him and smiels at him and waves. Gene shoots Erick which knocks him out.

Erick awakes in a cell inside the mansion. Blaze and the rest of Club Dead realise that Erick is missing they go outside to Drew's mansion where Marcus drops bombs on them killing Jamie, Marnie, Samntha and Lilly. Blaze, Alex, Lance, Barbie, Patrick, Micheal, Amber, Drew, Will, Jacob, Kennette and Zoey go into the mansion and start killing the bodyguards. Marcus and Gene sneak out of the mansion when Blaze spots them but they search the mansion for Erick in one of the cells and let him out.

Erick tells them that he dosne't know where Marcus and Gene is at. Erick gets a flashback of Gene telling Erick that his favorite place to go to is the lake. Erick knows where Marcus and Gene is at and takes them to the lake where they are at with more demon creatures and they all fight killing Will, Jacob and Kennett. With all the creatures gone Marcus and Gene end up wounding Patrick and Barbie but Marcus dies from his wounds and Barbie kills Gene and starts to die. Barbie tells Erick to talk to Patrick beacuse Patrick's baout to die. Erick tells Patrick that he was the best mentor ever and kisses him goodbye.

Barbie tells Erick that he will always love him and that he will be watching him in hevan and that he and Blaze are happy together. Barbie dies leaving Erick, Blaze, Alex, Lance, Amber, Micheal, Drew and Zoey as the survivors. The sun hangs above them and Erick cries into Blaze's arm.

Years later the remaining survivors rebuild Moonsong on the island of where all there dead friends live at. There sprits are still there and it's like there human again. The remaning surviors live on that island with there dead friends and they set fire to Moonsong after the events that happend. Blaze lets Erick to date Barbie and Alex. Blaze is happy for whoever Erick wants to be with Erick wants to be with all three of them. Alex knows that he dosen't have Erick back but he can accept that. Lance is daiting Marnie again and is happy that everyone is still here with them. Amber is preganat with Montrel's baby. Drew is still griveing that Patrick is dead still but is still daiting him. Micheal still dose his usal work with the werewolfs and Zoey still practcies her powers with Madison, Melissa, Morgan, Zoey and Jordan. Erick walks to the edge of the island and lets each of the Golden Lilly's of his dead friends fly into the air.

Retrieved from "https://fanon.fandom.com/wiki/The_Golden_Lilly%27s?oldid=188786"
Community content is available under CC-BY-SA unless otherwise noted.