English
Baldi's Basics is a mixed media comedic horror film based on the Baldi's Basics games created by mystman12. It was released on May 10th, 2021.

Andrew is just an average student at Here School. One day his friend (and secret crush) Amber left 20 notebooks at school and has asked him to get them. Unfortunately, he is not alone in the building. Other students and the school staff are going to be in his way. 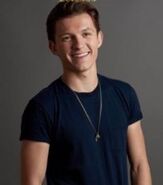 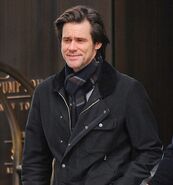 Jim Carry as Superintendent of the Place