Teen Titans & Carrie is a 2023 live action adventure, drama, comedic and superhero film, which is a crossover. The actual sequel to Justice League & Teen Titans: Carrie and Justice League the Fever of Rage. Carrie and Teen Titans are back to face. This fan fiction is rated T for disturbing images violence language brief nudity and blood under age's of 13 are adviced and movie references are concluded in this. The first live-action iteration of the beloved superhero team based on the film to be included in the DC Extended Universe. The film is directed Jon Favreau and produced by Zack Snyder and is distributed Warner Bros. Pictures. and DC Comics.

Their ultimate challenge against their greatest enemy Trigon along with Ravager and Chris Hargenesen but once odds are against them Carrie is willing to do everything she can to protect her new family.

One cold and stormy night where snow blew in at an abadon theme castle a lab but not like any other was held for unimaginble experiments a shadow figure came in with heavy steps walking pass tanks with people (Clones) in them.

Figure: My children are nearly ready. Soon phase 2 of my master plan will be set in motion And THIS human will be my finest weapon. And the whole world will know it's rightful place but first we need one more clone in active. Tarantula?!

Figure: Phase 1 of our operation is nearly complete. But we need one more human clone. And the only way we can make it is if we have the DNA of Slade Wilson.

The clone he pointed out revealed to be.....

To find and destroy Carrie White!!

Chris ran but soon tripped an alarm which made Tarantula to chase her but Chris blasted him to knock him off his feet then ran out the castle.

Tarantula: *Gets up* Ugh...dammit! *Speaks on a comunicater* Sir! One of the clones broke out. There might mouth function or something. I tried to stop her but she almost killed me.

Figuere: No matter. It's time to bring in the big guns. Get me....Ravager.

We cut to the night after at Titans Academy for gifted youngsters where it's Christmas eve night where everyone was exachanging gifts and decorating.

Mia (Dianna Agron): Oh this tree is so beautiful.

Raven (Taissa Farmiga): Sure is. It lights up the whole mansion.

Cyborg (Ray Fisher) in a Santa hat was reading a christmas story to children.

Victor: Santa humbily asked "Rudolf with your nose so bright won't you do me the honer of guiding my sleigh tonight?" And Rudolf said. "Yes. I will."

Jason: Nah it's not that just.....even though I got some of my memories of my the second Robin back from my trip to your the first Robin I still hardly remember any holidays I had before this.

(Just like to think half of his memories were restored to him after Batman: Under the Red Hood....I mean the Joker restoring some of his killed Jason, he in Lazarus Pit for Ra's al Ghul, I was alive)

Dick: Well my youger holidays weren't always one to remember. When they were....it was when Joker spent Bruce.

Jason: You never told me you were close to her till the Joker. Were you two....? You know.

Dick: It's hard to say Jason.

Dick: I meant to ask you....since you and Carrie helped Bruce and Justice League apprehend Eric do you have any new in tale on A.R.G.U.S..?

Jason: You would know if I did?

Up in Carrie and Raven's room Carrie and Beast Boy (Tom Holland) had a private gift exchange.

Carrie: You first. *Hands him a present*

Gar took it and opened it it was a portable DVD.

Gar: Ahh, Carrie. This is awesome.

Carrie: Well I know you get tired on our long travels on the Black Bird so.....we could watch stuff together when we're traveling.

Gar: Thank you babe. *Hugs her* Your turn.

He handed her her present.

She slowly opens her present and her jaw dropped of what it turned out to be it was a heart shaped locket that Carrie got interested in the last time her Terra (Peyton List) and Raven were at the mall and it had a pic of Carrie and Gar hugging and smiling.

Gar: I've always been aware on much stuff mean to you and when you told me everything that's happened to you I couldn't think of anything better than to brighten your day. And wanted to give you a special Christmas since you never had a real one before.

Carrie teared up and pulled him to a kiss.

Carrie: I love you.

Gar: I love you too.

There was a knock on the door.

Gar: We'll be right down.

Raven smiled and left the room

Gar: Merry Christmas to you too.

They kissed one last time then they went down for dinner.

Down stairs at dinner all Teen Titans were passing food and feasting Roy (Chace Crawford) and Donna (Alycia Debnam-Carey) were next to each other as were Gar, Carrie, Raven and Terra, Rose with Megan (Molly C. Quinn) for she made eye contact with Kid Devil but he turned away with hurt and anger in his eyes.

Megan: You two still haven't worked anything out?

Rose: No. I mean I dougt we ever will now.

Megan: I'm sorry. It's my fault. I shouldn't have let Eddie take me skatting....

Rose: No. Megan. Let's not focus on that. It's Christmas eve.

One night at a cemetary a gaurd was walking with his flashlight and came across an empty grave.

He then suddenly felt himself being caught in telekinetic force and broke his neck and Andrew appears panting for he was revived by Darkseid and blinked his eyes turning black.

We cut to someone's eyes and the camera pulls back revealing Carrie (She's alive!)

Carrie: Wonder Woman? Where am I? Heaven?

Wonder Woman: No. In my homeworld Themyscira. Nubia saw you were in trouble I pulled you out of the castle just in seconds to spare.

Carrie could not believe what she was hearing she was in the 9th realm of the cosmos Themyscira the camera pulled back in view of Themyscira. 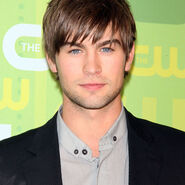