Start a Wiki
Season Ten consists of 23 episodes that aired in the United States beginning January 14, 2014, and ending December 11, 2014. The first sixteen episodes aired on Tuesdays at 9:00 pm, after which the series was rescheduled to Thursdays.
Season 10 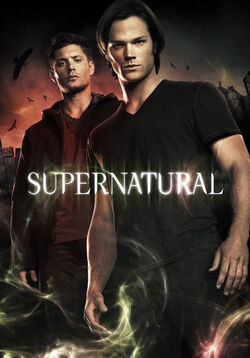 Following the defeat of Gadreel and release of Sam things go wonky in the world, those closet to the Winchesters lost in battle return: Ellen, Jo, Bobby and Kevin.

Castiel achieves a higher status of power and the titans of Greek legend surface from the depths of Tartarus as the Greek Pantheon returns, this time led by the dreaded titan Kronos.

The Big Man himself (God) comes down from his hidden sanctuary in Heaven to offer valuable insight for the Winchesters and the reformed gang.

Three rogue angel brothers part of a collective known as the Herectics plan on releasing their leaders from Heaven's most powerful prison.

Crowley re-emerges and finds himself at a struggle with the Greek god tyrants and nasty angels with his demon army dwindling.

The Herectic Brothers have a personal vendetta against Cass and The Winchesters, their guardian angel and the born-again Harvelles, Kevin Tran and Bobby Singer are instructed by God's command to assemble an army of special, young individuals who will serve as the Recruited Hunters for the coming war.

Master Hacker Charlie Bradbury returns to the scene along with the born again real Meg Masters who also join the fight.

Summary: Dean abducts the new head Crossroads demon after Sam ends up in acoma and Charlie in critical condition following the battle with Gandreel and Metatron. Dean comes then to the Fates of Greek legend and is subjected to a trilogy of tests to save Charlie whilst Cass is charged with awakening Sam, by means of the most powerful, concentrated African Dream Root in creation. Following the trials miraculously Ellen and Jo, Bobby and the original Meg Masters are returned to life and delivered unto the Men of Letters base.

Summary: Guided by the angel Joshua and Sam's delirious visions of the deceased Kevin Tran, The Winchesters & Miss Bradbury come to Battle Ground, Indiana and two young gifted hunters with connections to the Greek Pantheon. The Harvelles decide to take a trip to tie up "loose ends", Meg Masters goes to her parents and the site of her sisters' gravesite where she encounters local ghouls and Cass is abducted by a bandit of lost souls and becomes entrapped in the operating base of the reconstituted Greek Pantheon, led by the evil resurrected titan Kronos. Sam, Dean and Charlie in Battle Ground collaborate with the two hunters under Dean's orders as in a dream God tells they will serve to be a part of an army of hunters for the coming battle to end all battles, The five then begin on the case of three bizarre killings: A local stockbroker, lottery winner and secretary killed before a fourth intended victim: the town's local female mayor daughter who claims that one was killed by a dog, the other by a griffin and the secretary by a man who vanished into thin air. In exploring the case they find the culprit to be the Great Duke of Hell, Bune an ancient demon who by legend apparently possesses three heads, one of a dog, one of a griffin and one of a man. They find Bune is making crossroads esque deals with local down on luck mortals in Battle Ground whom in return for riches (granted by the deaths of resident rich citizens) infects them with demonic powers.

Retrieved from "https://fanon.fandom.com/wiki/Supernatural_Season_10?oldid=125704"
Community content is available under CC-BY-SA unless otherwise noted.