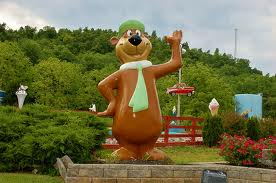 Supernatural Campground is the second book in the Club Dead series.

After flying away from Fort Lauderdale, Patrick and the other Club Dead leaders are unsure where to go. They need to be somewhere safe so they decide to take them to Supernatural Campground a place off in the woods that no one knows about that. Erick is sad over losing Alex and Lance and wonders if they died or not. They land there plane in Cave City. They drive to the Supernatural Campground where person in charge Blaze mets them. Blaze, Bardbie, Dale, Ronnie, Ali, Elvis and Bubba are Patrick, Micheal, Blake, Will, Jacob and Kennette's older brothers. They decide to keep them there as long as they can study Erick.

Patrick asks why and Blaze says that's none of you're concern. Erick overheres Patrick talking to Blaze saying that they all died from protecting a secrect. Erick thinks he's talking about Alex and Lance. After getting settled in Erick confronts Blaze and he says he wont tell. Erick starts to pack up his stuff and Parker tries to stop him but Erick says he's leaving in tlll he gets answers. Blaze turns on the TV and sees Alex and Lance who are talking about the Club Dead. Erick is sad and happy that they are alive but Barbie tells them that there memories have been erased.

Blaze says that he and his brothers and sister are going to go rescue him. Erick goes with them. They fly to Miami Flordia where Alex and Lance are being kept at. They kill several bodygurads at a compund and find Alex and Lance and they drug them and take them to the Supernatural Campground. Erick starts to talk to them when they get back but they start to strangle Erick and Blaze gets them off of him. They tell him that they were told that Erick the responsbile for what happend at Fort Laudedale. Blaze keeps them away from Erick and tells him that he;s sorry.

Blaze tries to kiss him but Erick dosen't notcie. Alex and Lance's older sibling Brayden shows up and decides to help them. Brayden helps Alex and Lance recover the memories of them growing up. They finally recover but they still don't know who Erick or any of the other Club Dead members are. Blaze tells them that they should fight against the vampire hunters. Blaze and his siblings train the Club Dead members to fight. This reminds Erick of his vampire tranning. The other supernatural creatures come back from there trip hereing about what happend ti the vampires and come to the Supernatural Campground.

Blaze and Erick tells them that they need to fight the Supernatural Hunters and the leader of the wolf clan Quinn Norman argues with Patrick. Erick mets a girl in the wolf clan named Scarlett. Blaze tells Erick that he needs to talk to him but they kiss instead witnissed by Barbie. As they fight more Erick and Blaze start to date. Erick still loves Alex and realises that he loved Lance also. He talks with them and they still don't remeber. Erick tells Blaze that he loved Alex and Lance.

Blaze says that he knew and they make out which leads to them having sex. The next morning the Club Dead members go to a restraunt and talk about where the Supernatural Hunters would be at. Erick goes to use the bathroom and a perosn with there hood up comes in and gives him a note. The note has directions to get to a place in Flordia. Erick shows the others and Alex and Lance syas they know where that is. Patrick calls a meeting and goes over everything with Club Dead and the other memebers.

The next day they get on a jet and fly to Flordia and map out there location which is on one of Key Wests many islands. They all come out of the water with guns and bombs and knives. They get immedeatley shot at and they fight there way through the jungle killing some of the others but none of the Club Dead or wounded or hurt. Erick, Blaze and Barbie get split up from the other group and hide in one of the buildings.

Norman and guards come in and Norman revels that he was the one who was in charge of the hunters and blew up Fort Lauderdale and erased Alex and Lance's memories. Norman wounds Blaze with a knife and he is taken away and so is Erick who gets knocked out. Erick wakes up and he's lying by a creek. He wakes up just as one of the gruads named Thayer picks him up. Norman is there and lets Thayer bite Erick.

Retrieved from "https://fanon.fandom.com/wiki/Supernatural_Campground?oldid=188784"
Community content is available under CC-BY-SA unless otherwise noted.