SuperMarioLogan Parody: Loud House is an American/Adventure/Comedy 45 minute long Film, It is Made From Disney, Pixar, and Nintendo and Nickelodeon Movies.

Zach Braff as Oliver The Robot and Chicken Little

Logan Thirtyacre as Mario, Bowser Junior and some others

SuperMarioRichie as all of the other koopalings, Wario and Waluigi

Jim Hanks as Woody (Jim will be the current voice of Woody and Oliver's dad, David in this franchise from now on)

Oliver's minions will have their plane named "Dragon".

It will be shown in the film that Oliver's minions sometimes help in construction building new places in Minnesota.

A new character, "Josh Booster-Mcflyer" (Reference to Marty Mcfly) is gonna be Oliver The Robot's personal car who can drive and fly and has pop-out wings to fly (A red button is inside him which makes the wings pop out when pressed and it can press itself or Oliver can press it). He can go super speed. He can go quickly from one country to another, like he would go from Australia back to America or Canada in like 3 hours as what he said as what he'd think of. His blinkers are a bit hard to see, but they work. Another character named "Dragon" is a plane. Link about Dragon:

The Loud House characters will be 2D animated like in their show, but the rest will be CGI.

Edit: (Fake info) On the 4th of June, 2020, Pete Docter announced that Oliver the Robot’s real name (His SML Parody counterpart) is “Oliverando Positive The Robot”, but Oliver does like being called “Oliver” and his real name will be revealed in the beginning of “Nascar Cars”.

On October 12, 2018, Tom Kenny was gonna voice Oliver The Robot since his original actor "Mr Kelly Halls" (NOTE: He's a fake person that Eli came up with in this world and named after his last name) died from a car crash at Florida, But on June 6th, 2019, It's announced that Zach Braff will voice him instead since Tom's voice for him sounded way too young and the audiences and even kids praised Zach's voice since it really fitted Oliver's character for the current days.They first used Oliver's new voice actor for the "Oliver and the Robots" 4K release trailer.

Oliver The Robot is gonna have a cowboy hat since the start of the film that looks like Woody's hat.

This is the first SML Parody film to not be scored by Randy Newman since "SML Parody: The Movie 3" (2017) which is scored by Danny Elfman.

Junior, Joseph and Cody will be a bit older in the movie, like a bit bigger.

When Josh flies, his boosters share the same sound as Tex's (THX) rocket and even has the green boosting too. He also has the same horn sound as the Anti-Pesto van from "The Curse of the Were-Rabbit".

The Plane that Oliver's minions will have will also have a little red bucket similar to (Madagascar 2's red bucket from the monkey chain) on the right side with a 2 ton chain hoist that carries the bucket that Oliver, David, Chicken Little, Bowser Junior, Joseph, Cody, Black Yoshi and Toad get rescued and fly away.

Wall-E in this movie is a different version of Wall-E, as the he came from is set in 2805 AD.

All the Oliver and the Robots films were rated PG. "SML Parody: The Movie" was rated G, but the second, third and the SML Parody Sonic film were rated PG. Nascar Cars will be rated G.

More info of SML Parody in this link:

https://yoboyelisaccount.tumblr.com/search/sml%20parody (Oliver and the Robots info too.

Information about the robot racers and Sig: 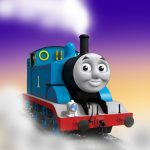 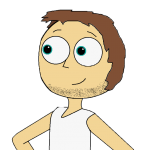