128 minutes
Summer Sisters is a 2018 American period coming-of-age comedy-drama film directed by Sean Baker and produced and written by Drew Gars, while also being co-produced by Tom Rosenberg, based on Judy Blume novel of the same name. The plot is about two friends who spend their every summer together as teenagers. As the years progress, the girls become closer and closer but soon find their friendship strained.

In the summer of 1977, Victoria Leonard’s world changes forever when Caitlin Somers chooses her as a friend. Dazzling, reckless Caitlin welcomes Vix into the heart of her sprawling, eccentric family, opening doors to a world of unimaginable privilege, sweeping her away to vacations on Martha’s Vineyard, an enchanting place where the two friends become “summer sisters.”

Now, years later, Vix is working in New York City. Caitlin is getting married on the Vineyard. And the early magic of their long, complicated friendship has faded. But Caitlin begs Vix to come to her wedding, to be her maid of honor. And Vix knows that she will go—because she wants to understand what happened during that last shattering summer. And, after all these years, she needs to know why her best friend—her summer sister—still has the power to break her heart. 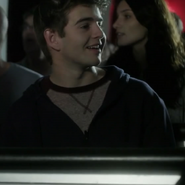