Start a Wiki
Spider-Man is a 2018 live action superhero comedy, drama, tragedy and adventure flick based on the highly popular 2018 video game of the same name and is yet another sequel to the long-running Marvel Cinematic Universe and based off the Marvel comics by Stan Lee (1922-2018). Halfway through the development time of Spider-Man: Summer Tour, SONY, who STILL held the rights to the Spider-Man character at the time, approached Marvel Studios and began talks for ONE MORE Spider-Man film to be included into the MCU, this time based off the popular game from Insomniac. Once Marvel found out that their idea involved transforming one of the best video games of 2018 into a game-to-film adaptation, the studio went dead silent for months, giving their unlucky nature with games in the past. It wasn't until AFTER principal photography for Doctor Strange 2 ended that Marvel came back at SONY with a response. Marvel Studios AGREED to help SONY take on the project, with the president of Marvel Studios Kevin Feige throwing in a curveball saying that if the film based off the game suffered worse than the game itself, they would FULLY get the rights back to Spider-Man 100%. SONY was hesitant but alas, they agreed on the decision and principal photography began shortly before the beginning of Phase 5.

The film is produced by Marvel Studios and distributed by Walt Disney Pictures and Columbia Pictures. It will also be produced by Kevin Feige and two of the original Spider-Man directors, Jon Watts and Sam Raimi. Finally, the film will be directed by the man behind the Kingsman films, Matthew Vaughn.

Taking place years after the events of Avengers: Infinity War, a grown-up Peter Parker has to adjust to perma-adolescence, continuing to deal with the duality of life as a superhero while taking on a threat bigger than himself: responsibility.

Manhattan: The most densely populated of New York City's 5 boroughs currently at 1,664,727 It's mostly made up of Manhattan Island bounded by the Hudson East and Harlem rivers. Among the world's major commercial financial and cultural centers it's the heart of "The Big Apple"

A heart of such prosperity also lies the heart of injustice: the foul wretched dirty and disgusting plagues that locked the ethics and moral beliefs of this city tight in it's iron grip. Crime and corruption appear disappear reappear constant occurring almost a daily basis and with New York's Finest not every crime can either be held accountable for even dealt with in time. Especially with individual armies and underground empires of criminals waiting and praying for an opportunity to make this a vessel all theirs as their playground.

But when it became too much for police to get done on their own some outside interference would nice to help even the playing field in that instance there's only one.

A Black Widow Spider dangles it's web crafting taking it's time descending down from the window of an apartment in the Chinatown district of Manhattan. Right outside the windowsill lies a discarded and messy apartment in ruins

Then there was the more rudimentary items: photographs of the landscape of New York and designated friends and family. Notebook full of drawings of projectile launching. Avengers articles. A memoir book written by the Mayor of New York. Newspapers describing all the natural disasters that had occurred rapidly in the city over the past few years pinned above the bed. A portrait of Tony Stark

But not so alarming as what lied across the bed: A webbed mask inside out connected to a USB hoper attached to a laptop that had been running all night. All this gave off the significance of someone who's either down on their luck or knows what they want to do but unsure of how do it

Alarmed 23 year old Peter Parker (Dylan O'Brien) bolted out from bed and traces back a few seconds listening back to that same line again.

On the side of his cabinet near the door laid his suit for the job He however cringes giving it a quick whiff and groaning in disgust under his breath seeing how he never got it cleaned. Tossing it over in the bed he clips on both his web shooters before zipping the toast over. Chowing down on fresh toast with no hands free he was left jumping into his suit looked and first soggy and hanging everywhere even after he unplugs the mask from the USB port turning it outside in

It isn't until he places the mask on that the outfit starts to resemble itself together. Slapping the logo on his chest the suit quickly fastens itself wrapping skintight around Peter's skin locking everything in place thanks to it's vacuum seal; compressing the suit to appear as though he is wearing nothing underneath

Thus appeared him in the Stark Suit (From Spider-man Homecoming)

Getting a feel for the suit adjusting his camera shutter eye lenses a built-in augmented reality display system displays the HUD for the basic suit under an urgent SYSTEM LOADING warning. No sooner should the system loading complete the lenses zoom in catching the letter sliding underneath the crack of Peter's door: An urgent final notice letter regarding Peter's rent that been past due

To further drag it through the HUD quickly displays another stating "PAY YOUR BILLS PETER!" No question Mr. Diktovich was behind this much to Peter's dismay. He really wanted to get his life on track (If that's possible) but he stares back over at his phone still displaying the police dispatch radio he contemplates himself

SWAT is 10-84 at Fisk Tower. All units standby warrant is en-route

A dial tone and three rings later the connection went through.

Spider-Man: Hey Yuri it's me. Finally going after Fisk. Got anything to take him down yet?

Unfortunately no. We're at Fisk Tower but we're still waiting on the warrant. By this rate, it could take awhile

Spider-Man: Mind if I join in on the fun?

You know how his lawyers are. We can't tolerate with any outside interference. This needs to go by the book.

Spider-man: Ah C'mon Yuri. It's been 8 years now. You know how long I've been waiting for this.

You really want to help? Then head to Times Square. He's got his men keeping my back from reaching the scene

Spider-man: Right. On my way. 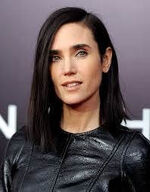 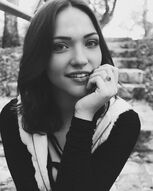 Ben Parker (Flashbacks)
Add a photo to this gallery

Retrieved from "https://fanon.fandom.com/wiki/Spider-Man_(2019_film)?oldid=442010"
Community content is available under CC-BY-SA unless otherwise noted.