an who wanders the world with no apparent goal other than to vanquish evil in all its forms. His adventures, published mostly in the pulp magazine Weird Tales, often take him from Europe to the jungles of Africa and back.

It is unknown of whether he is an anti-hero or a hero, although it is most likely that he is a hero.

Howard described him as a somber and gloomy man of pale face and cold eyes, all of it shadowed by a slouch hat. He is dressed entirely in black and his weaponry consists of a rapier, a dagger, and a brace of flintlock pistols (a more historically probable firearm would be Wheellock)

he was did not live the way that a normal hero would. He has been fighting and commiting sin for most of his life and He has been haunted by Satan's creatures ever since, born fighting with a strength as powerful as sin. Satan's creatures hunt him down and anyone who come crosses with Kane. He seeks redemption, he fights to rebel and he kills for all that is good. 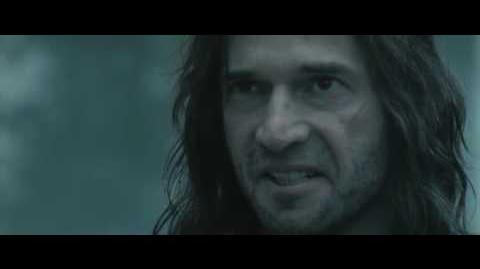 Fan Fics he has appeared in.

none as of now.

Retrieved from "https://fanon.fandom.com/wiki/Solomon_Kane?oldid=103200"
Community content is available under CC-BY-SA unless otherwise noted.