Start a Wiki
This is the first episode of the second season of the mini tv series of Silent Hill, but the sixth episode overall. Each season is based on one of the main Silent Hill games. The show airs every Friday night at 11pm on Adult Swim

The episode starts out with a video recording of Mary, talking to James, about how beautiful and calm Silent Hill is and how she wishes she could stay there forever. She also mentions that the town was once considered a sacred place and she can see why that is. All of the sudden, she starts to violently cough blood out and James wakes up from the nightmarish memory of Mary.

James opens his eyes and reveals that he had fallen asleep in his car. He gets out and it is shown that he is in the parking lot outside of the gates that lead into Silent Hill, though the motive as to why he is there is unknown at this time. He goes into a public bathroom and takes a long look at himself in the mirror, reflecting about his life before sighing. When he walks out of the bathroom, he looks at the gates that lead into the town of Silent Hill and asks to himself loudly "Mary, could you really be here?".

Upon entering Silent Hill, James finds a cemetery and sees a woman looking down at a grave. He decides to ask the woman for directions to the main area of the town as he had gotten lost. He approaches her and ends up making her jump in fright, before calming down after realizing it's just another human being. James tells the woman that he is lost and proceeds to ask her for help to get to the main area of Silent Hill. "Lost" the woman says, acting a bit nervous, and showing obvious signs of awkwardness. The woman introduces herself as Angela and gives James directions to the main area of Silent Hill before asking him as to why he wants to go there. James explains that he's looking for someone- and before he can finish his sentence the woman interrupts him and mentions she's also looking for someone, but apologizes after realizing her rude gesture. James assures her it's fine and he wishes her good luck in her search, as she does the same to him before the two depart and continue on their own separate ways.

James soon reaches the main area of Silent Hill, where he starts to notice that the fog is getting denser. He sees a shadowy figure approaching him in the fog, and to his horror he realizes it's a deformed creature. The creature runs towards James, and in a quick instinct he grabs a nearby wooden stick and hits the creature to the ground with it. He bashes it multiple times before killing it. The creature was unlike anything he had seen before, it had two legs, a head with no facial features and a large stomach with what appeared to be a large mouth with sharp teeth. Feeling beyond scared straight, he quickly starts running away and not knowing in what direction he's going he ends up tripping.

James gets up, and quickly learns that he reached a dock near a lake, and to his surprise he sees an attractive woman close to him. "Do I remind you of your girlfriend or a past lover?" she asks James, not realizing that he had been looking at her the whole time. "Perhaps I look like a ghost to you" she jokingly tells him. James, starting to feel embarrassed, is unable to speak a word and at first he mutters, before asking the woman if she knows anyone named Mary. He also felt as if something about the woman looked very familiar to him, though he couldn't exactly point out what it was.

"No Mary around here, maybe you could conform to a Maria which is me", the woman said, with such smoothness that James started feeling attracted to her. Not knowing what to say James asks "Maria" if she would like to help him find Mary. "Sure as long as I get a benefit from you," she says.

Cast for this episode 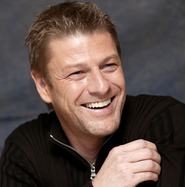 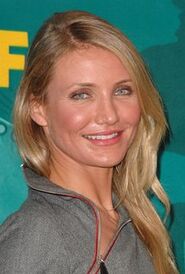 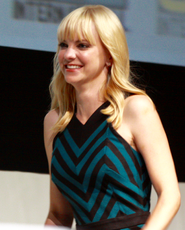 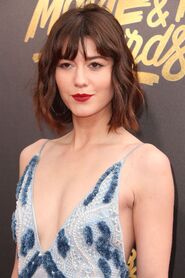 Mary Elizabeth Winstead as Angela
Add a photo to this gallery

"Promise/Theme of Laura" by Akira Yamaoka is used as the intro song for the second season of Silent Hill:The TV Series https://youtu.be/vQIZuiRQ9T0

Retrieved from "https://fanon.fandom.com/wiki/Silent_Hill_(TV_Series)_Episode_6?oldid=376161"
Community content is available under CC-BY-SA unless otherwise noted.