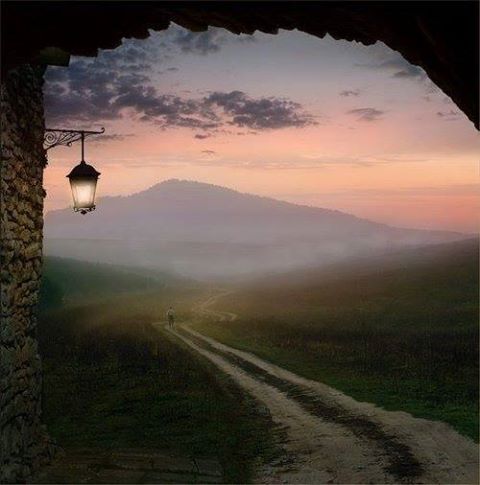 Dalton and Shelby just laugh at Carter and Carter wants to know why they did this to him. Dalton and Shelby want to become the Scrying together and came up with this plan while there in the in between and thought Chad wanted to be it. They knock Carter out again and put him inside a crypt. Breannon tells The Circle that Carter was kidnapped and Nala tells them to investagate the island near here. Carter wakes up in the crypt and someone starts opening the door and it's Alma. Carter gets out and Alma tells Carter that she didn't do any of that stuff to him and that they have gone to far. She tells him that Chad is in another crypt down the stone path. Carter runs down the stone path and runs into the Moon Godess. She tells him to stop what he's doing and go back to the crypt but Crater shoots energy waves at her knocking her out of his way and runs down the stoned path and finds the other crypt.

He opens it and gets Chad out. They run down to the beach where Chad losses conshiousness and passes out. Carter finds marks all over his body and they must have been torturing him. Troutman comes out of the jungle and helps them. Troutman tells them that The Circle is coming he can feel it. They see a boat off in the distance and there's rustling in the jungle. Troutman tells him that he had nothing to do with this and runs into the jungle. He finds McKenna, Sean and Heveraux. They tell him that Alma is gone and that Chad and Carter escaped.

Troutman tells them that he thought he saw them go into the jungle. The boat arrives and Breannon and Snowflakes carries Chad on to the boat and Crater gets on. Carter tells them everything about Troutman. They don't know if they should trust him or not and Carter tells them about Alma. Cody tries to work on Chad but he can't bring him back to life and that his brain isn't working no more. Cody tells them that he has a friend named Nathan who is a astral projector and audible inudation which means that he can project consiousness into an astral form and overwelm there mind with voices.

They fly out of the place leaving Breannon, Cream, Vanilla, Sophie and Mickey  to investagate the island. Before they leave Breannon tells Snowflake astro protect Carter. They move Chad into a special hospital for witches and warlocks. Nathan uses his powers and Chad is there. Chad tells them to keep him on life support. He tells them that Alma and Troutman or innocent. Mckenna, Sean and Heveraux tortured Chad by blood boilng him and Electrkensis. Chad tells him that he's able to stay around them. Chad tells them that Alma fled to New Orlens to her Mom's house in Lousiana and that she knows what's going on.

Kalysta wants to go down there. The Circle flys to New Orlensand to the mansion where Elise's vodoo klan stays at. Elise tells them that she had Alma pretened to help McKenna and Sean but all Alma did was give them the vodoo island and didn't know they had Chad until Carter came to the island and they told her where Chad was. Alma tells them that it's not safe here beacuse McKenna, Sean, Heveraux, Dalton, Shelby and Troutman are around here. Carter tells Breannon and he, Sophie, Vanilla and Cream come back. While Carter is asleep Breannon and Snowflakes leave the room together.

The Horned God appers in front of Carter and he wakes up and tries to scream but the Horned God shuts him up. The Horned God tells him to stop investagating Troutman and the others or he has to kill someone close tp him. The Horned God disappers and Carter's runs downstairrs to find The Circle in the living room. Carter wonders what there all doing in here and tells them what happend. Elise tells them that they must be shimmering beacuse they could only apper to your if your were hurt or about die or dead.

Carter goes to a vodoo shop with Alma, Seth and Snowflaks and finds his Resurgent group. Lucy, Nikki, Chelsea, Hornet, Damien and Dome. There staying in the swamp away from McKenna, Heveraux and Sean who are after them. They were hipnotized to watch Carter being burned to death. They leave and give Carter there cell number. Alma gets sage, satfire and topaz to cast the Horned God and Moon godess out of the house and off the property.

Snowflakes takes Carter on a boat ride through the swamp. They have a romantic ride and Carter spots two people watching him. Carter tells Snowflakes and he starts yelling at them and they run away. Snowflakes takes Carter to a house that he bought for him. Breannon is in there. Snowflakes and Breannan go into town that night. Mickey comes to the house to check on Carter. When Mickey leaves Carter here's noises outside and walks out there and see's somebody dart behind a tree. Carter takes off running unaware that it was Vanilla that was watching him and he runs after Carter.

Carter hides in the bushes after the girl who was watcching him earlier starts chasing him. The girl stops in front of the bushes that Carter is hiding in and calls omeone and says "We lost him." After a few moments she runs straight and Carter runs to the lake and see's Cream watching him. Carter tells Cream what's been happning. Cream and Carter telaport to Elise's mansion where Snowflakes and Breannon are at. They take him to Subway and Cream, Vanilla and Mickey go where Carter spots the same boy and girl.that were watching him.

He goes to confront him and Snowflakes and Breannon try to hold him back but Carter storms over there and demands to know why they've been watching him. There Carter's bodyguards Tran and Danielle hired by he Coven to poretect Carter. Mickey, Vanilla and Cream were watching the house also. They think that the Horned God and Moon Godess are going to kill Cater so they wanted to protect him. McKenna, Sean, Hevraux, Dalton, Shelby and Troutman vist King Salmon the king of Lousisana. They try to convince him to help them. After they leave Salmon calls Katherine and tells The Coven to come to his manor.

Salmon tells them that McKenna, Sean, Heveraux, Dalton and Shelby wanted him to watch Carter. Salmon says he'll play around and watch Carter but he's on the Coven's side. Carter goes to a restraunt that night with The Coven and see's Salmon taking pictures of Carter. When Carter gets home he finds a note on the porch saying to met me at the Hopkins fram from Troutman. Carter shows The Coven and they thinjk that Carter should go. Ray drives Carter over to the farm and they sit in the car and talk. It turns midnight and Ray says he'll be here the whole time.

Carter gets in the elevator and just as the doors shut Salmon and Dalton come inside wondering where Troutman is at. Carter runs back to the car where Ray is and Ray said he saw Troutman run past the car and he told him that he was sorry. They drive back to Elise's mansion and tell The Coven what happend. Carter, Snowfalkes and Breannon go back to the house and finds it on fire. The Coven is now staying at Salmon's palace and he lets Carter, Breannon and Snowflakes stay there. Carter goes to the courtyard and crys.

Snowflakes finds him and trys to comfrot him and Carter crys in his arms. Sean thinks that Troutman is working agansit him beacuse Troutman dosen't tell them why he was at Hopkins farm. Chad tells them that Carter's Resurgent group is in trouble beacuse Shelby and Dalton are going up to there house in the mountains to kill them. They did a locater spell on them and finally found them. Snowflakes and Carter get on a boat(the river takes them up the mountans) They drive and the stop.

Retrieved from "https://fanon.fandom.com/wiki/Shimmering?oldid=225179"
Community content is available under CC-BY-SA unless otherwise noted.