Chris Hemsworth As Mr.Duncan Golden/He's a college teacher who supports the idea of spending marley Easter holidays at the home of his love interest Marley

Josep Morgan As Mr.Peter York/he is the best friend of the duncan is the joker in love with gale

Billy Stevens-pierced in the stomach with a spear accident jade

Jade brick-Shark breaks the wooden bridge and eats her legs 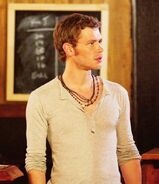 Coop
Add a photo to this gallery
Retrieved from "https://fanon.fandom.com/wiki/Shark_Night_3_Red_Water?oldid=127607"
Community content is available under CC-BY-SA unless otherwise noted.