Casey Becker (Taissa Farmiga) is with her boyfriend, Steve, (Penn Badgley) watching HALLOWEEN. Casey tells him that she thinks the calls are creepy. When the phone in the movie rings, so does hers. She answers and the voice talks to her about scary things. He asks her trivia and she gets a question wrong. Steve tells her to forget it.

The doorbell rings and Casey answers it. The ghost figure raises a knife and scares Casey. They start laughing and Steve knows it's his friend, Jason (Kellan Lutz). Jason leaves and another figure appears. The couple still thinks it's Jason when the figure stabs Steve in the throat and stabs him many times in the chest. Casey runs to her car, screaming. The ghost figure runs after her and stabs her back as she gets in her car. He breaks the window and slits her throat.

Sidney Presscott (Kay Panabaker) is walking to school with Tatum Riley (Anna Kendrick) and Amy Matthews (Jennifer Lawrence) when they talk about the murders. Sidney remembers her mom's murder a year before and they stop talking.

Sidney, Amy, Tatum and their friend, Randy (Logan Henderson) and Sidney and Tatum's boyfriends, Stu (Darren Criss) and Billy (Ansel Elgort) are at the fountain after school. They talk about Tatum's brother, Dewey, (Josh Duhamel) asking questions. The boys say a girl can't do it, causing Tatum and Randy to have a movie fight. Sidney and Amy go to Sidney's house.

Tatum calls later to tell them cheer practice was running late and she'd pick them up later. They then get a call from Randy's phone and it's the voice that called Casey, but they don't know that. Sidney gets seductive and Amy jokes around and leaves to use the bathroom. Sidney continues talking and the voice talks about her dead mother and how he killed her. Amy comes back and The killer attacks them. They run up the stairs and lock themselves in Sidney's room. Billy sneaks in and he seems to have Randy's phone. The girls run down the stairs and find Dewey at the door.

As billy is arrested, Gale Weathers (Danielle Harris) and Tatum drive up at the same time but Tatum calls her out and meets Sidney and Amy. Gale and Her cameraman, Kenny, (Kevin Chamberlin) run up to them. Sidney asks her about her book and Gale says it's well written and describes how Sidney really was, resulting in Sidney punching her.

Judy Hicks (Aimee Teegarden) and Stu are seen after school with each other. Stu mentions how he's planning a party and wants to invite a lot of people. Judy rolls her eyes and tells him that's an awful idea because the killer could just enter. She suggests a small get together instead and then walks to meet Sidney in Drama.

Judy and Sidney are waiting for their teacher to help them with their lines, as they were staying after for it, Judy sees Jason playing around with a knife. He starts to admire how realistic it looks and Judy tells him to stop. He sees the reflection of the killer and turns to get the knife snatched from him and his throat cut open. Judy screams as the killer shoves her down and Sidney runs up to help her. They run out together, screaming for help.

Gale and Dewey meet each other and Dewey demands that she leaves Sidney alone. Gale tells gim this is her job and he needs to accept it.

Stu and Randy are picking out horror movies to watch with their friends. Billy and Sidney meet them and they talk about the movie rules. Randy explains that they shouldn't worry and should bring a few people to Stu's house that night.

Tatum and Sidney meet Judy, Randy and Amy at Stu's house. They put in a horror movie and Stu sees Gale and Kenny. Tatum storms out there when Dewey stops her and has her go inside. Tatum gets pissed and goes to get a beer from the garage. She grabs some beer when Ghostface appears. She is clueless and assumed it's a joke. He then grabs her arm and cuts it, shoving her into the wall. He then swipes his knife, cutting her right under her throat.

The others are waiting for Tatum. Sidney and Billy go upstairs and have sex.

Judy goes outside to see if she can find Tatum. She is chased down by a killer and she knocks on the van and Kenny lets her in. He is stabbed five times and Judy is stabbed in the stomach.

Sidney asks Billy if he was the killer. He says he wasn't and the killer walks up behind him, stabbing him in the back. Sidney runs away and finds Stu alone downstairs. She tells him the killers upstairs and he chases them to the garage. They find Tatum and open the garage, Stu starting to crawl under it. It stops and closes, Tatum waking up to see this. Stu screams in agony as his bones are crushed. He dies.

Tatum and Sidney fight the killer, both getting shoved back. Amy runs in and smashes a bottle over the killer's head. He turns and stabs her in the stomach and throat. He quickly flees and the girls scream and mourn Amy's death.

Tatum and Sidney run outside and find Dewey on the ground. They take his gun as Randy cries for help. Gale comes up, too, trying to tell the girls he's the killer. Tatum kicks him down the stairs and they lock themselves inside. Billy falls down the stairs and the girls help him up. Sidney goes to lock the back door when ghostface opens it and stabs her. The mask is taken off and it's Gale. She then stabs her in the throat, killing Sidney.

Another Ghostface killer enters and Billy and Tatum are cornered. The other is revealed to be Dewey. They reveal they wanted a story in this town for once. And they didn't want Sidney to appear to be the main character, but it was Tatum.

Randy gets inside, distracting Gale and Dewey. Tatum punches Gale and Billy tackles Dewey. Billy pulls the gun out and shoots Gale in the chest, Dewey throws him off. Billy is knocked out and Tatum fights her brother, Randy attempting to help. Dewey gets the gun, shoots Randy and hits Tatum.

He points the gun at her but is hit with a vase. Billy grabs the knife and stabed Dewey in his eye. Judy stumbles in and the group all sit, gasping for air. Randy says the killer always comes back. Gale gets up with the knife and is about to stab Tatum, when She whips around, shooting Gale in the face.

The four are brought in for questioning.

Kay Panabaker as Sidney Prescott, a friendly girl who is getting over her mother's murder.

Danielle Harris as Gale Weathers, a reporter who is out to get Sidney.

Ansel Elgort as Billy Loomis, Sidney's mysterious boyfriend who is a main suspect for being a killer.

Logan Henderson as Randy Meeks, the horror geek who can figure everything out.

Aimee Teegarden as Judy Hicks, a girl who is in drama with Sidney.

Gale - Shot in the face 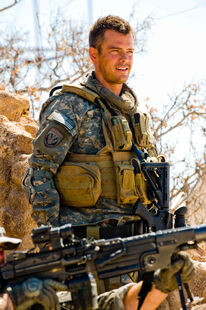 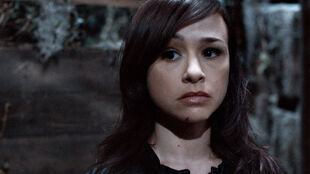 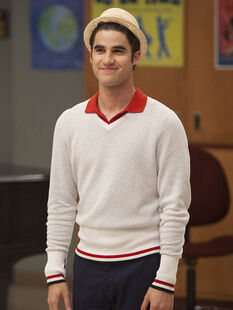 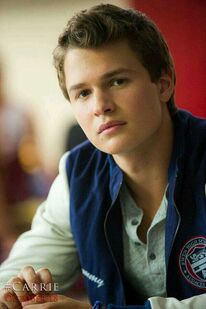 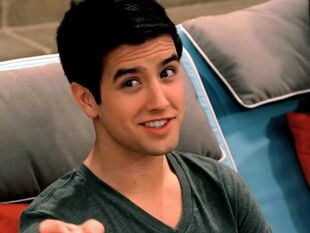 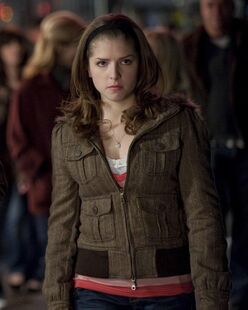 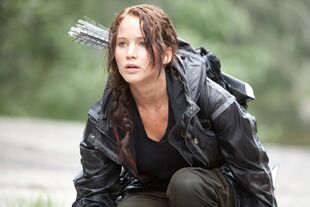 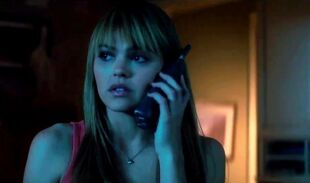 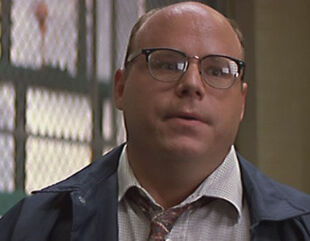 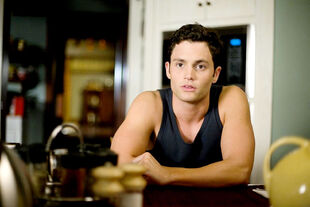 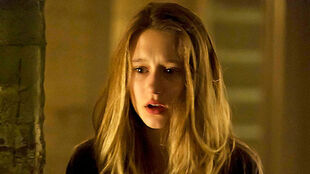 Casey Becker
Add a photo to this gallery
Retrieved from "https://fanon.fandom.com/wiki/Scream_(2015_Remake)?oldid=259888"
Community content is available under CC-BY-SA unless otherwise noted.