The movie begins with a terrified young woman running through the halls of St. Ambrose University at night. She sees terrifying things like a dead student wearing an old uniform of St. Ambrose Uni. When she is clad in the same uniform, she becomes more terrified when she is scourged by an unseen force while a diabolical female laughter is heard. The young woman dies after being stoned and having her forehead sliced by a razor being held by an unknown female hand, later revealed to be that of Sister Margaret Monjardin, the evil Italian nun teacher who haunts the school in return for a terrible oath done in the past.

Fifteen college students of St. Ambrose' University spend their weekend in the campus. Joyce (Isabella Castillo), Luis (Andres Mercado) and their 13 friends were assigned to prepare an exhibit in exchange for lifting the suspension of their organization. The exhibit was also meant to be part of their graduation. On their first night, one of them, Nicole (AnnaSophia Robb), presumably the young woman at the opening scene, disappeared without a trace.

Joyce wakes up from a nightmare and tells her story. Before midnight, she picked a mysterious class photo named "Partita Nel 1905" in the school's storage room. Little that they know that this picture was cursed by the spirit of a demented nun named Sister Margaret Monjardin (Alyssa Milano), an Italian teacher who was responsible for the death of the students back in the Edwardian Era.

The second incident of this picture being involved was when Blue (Hayley Williams) and Megumi (Cory Hindorff) dumped the trash. Blue took a look at Sr. Margaret in the picture. Suddenly it smiled. Suddenly, she was unknowingly captured by an unknown force and she, too, vanished. She was apparently killed by the spirit of Sis. Margaret who sliced her arms when she was stuck to a chair in a classroom.

Joyce discovers sinister writing in a classroom building window. The words are Italian/Latin written with blood saying "Non Guardare".Due to fear, Miguel (Marvin Cortes) and Jeanne (Renee Bhagwandeen) decided to leave.Luis tried to stop them but it was too late.Moments later, Hazel (Sarah Hyland),Xyriel (Taylor Momsen) and Kristine (Abigail Breslin) found Jeanne and Miguel lying dead, everyone screamed at the top of their lungs so they went back inside the school. When the group goes to the library, a computer translates the words to English saying "Do Not Stare". Not a single person in the group knows that this was a warning saying that anyone who looks at the nun at the cursed picture will disappear and die. They researched the yearbooks for information and found that the "Partita Nel 1905" means "The Batch of 1905" and was supervised by Sister Margaret Monjardin. The dark mystery is then revealed. Three students, namely Agatha, Lucia and Teresa were the missing students of the batch. In vengeance, Margaret must seek three students from them. Luis looks at the picture and spots their group mates in the photo; Nicole, who found the picture in the first place and Blue, who scanned a look at it. Joyce reveals that she is the next to be taken for accidentally looking at the nun before she is abducted by the spirit of Sr. Margaret Monjardin. Also at this point, it is revealed that Nicole was the young woman in the opening scene.

Joyce runs through the school's hallways in order to escape the wrath of Sis. Margaret. She sees the three missing students in a room being scourged by Margaret and once she is gone, Joyce frees the trio. At this point, it was revealed that Sister Margaret tortures students for being disobedient. Agatha,Lucia and Teresa, in retaliation, wrote a letter to their headmistress nun for her actions. The headmistress, upon learning this, fires Margaret from St. Ambrose University (this later explains why she utter the words often). In return, she committed suicide but not before swearing that she will complete her picture. Later on, Joyce finds herself now clad in an Edwardian era St. Ambrose school uniform.

Luis,Mel (Diego Amozurrutia),Fritz (Liam Payne),Kenneth (Burkely Duffield),Bix (Harry Styles) and Carmela (Tiffany Hwang) chased Joyce but arrive too late during the final confrontation at the school's theater hall/auditorium as the doors were tightly shut and locked by the angered spirit of Margaret, who was ready to take Joyce. Luis tried to tear the picture but it proved impervious.Kenneth and Fritz tried to smash the glass door but it was unbreakable as the curse of the evil nun is still in there.Surprisingly, the ghosts of Agatha,Lucia and Teresa reappeared too and tore the picture apart. A screaming Margaret vanishes from the living world and is placed into the depths of hell. The ghostly trio peacefully then depart for heaven.

With all the terror ended, the group finished and inaugurated the exhibit, but were suspended for unexplainable loss of their classmates, a fact that made their school status parallel to Sister Margaret,Agatha,Lucia and Teresa

Margaret (not wearing the nun's habit) 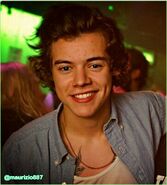 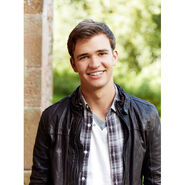 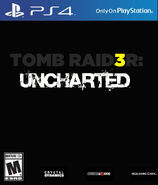 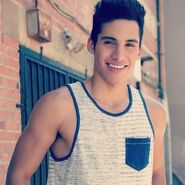 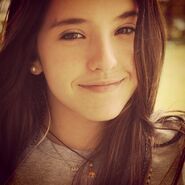 Gertude (also not clad in habit)
Add a photo to this gallery
Retrieved from "https://fanon.fandom.com/wiki/School_Photo?oldid=255648"
Community content is available under CC-BY-SA unless otherwise noted.