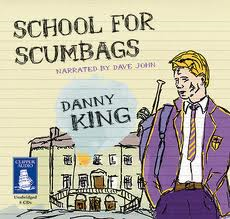 After beating someone up at school Duncan's parents decide to send him to the School For Scumbags. Kids go there for being thieves, bullies, arsonists and flashers. Duncan is admitted to the adult unit beacuse the teenage unit is under construction. While there Duncan mets Trent whos here for setting his school on fire. Trent warns him to stay away from Michael a.k.a Michael Myers beacuse he's scary and tall.

When Duncan sees Michael Myers for the first time he sees him with another man named Kennetth who is actually his bitch. Duncan freaks out and tells the Vivian and Pat the people in charge that he can't stay here anymore. Vivan and Pat said you only have to stay untill they know that you are better. Duncan goes back to his room which he shares with Trent. Duncan asks why Micheal Myers scares everybody and Trent says that he theif and an arsonst and a bully.

Retrieved from "https://fanon.fandom.com/wiki/School_For_Scumbags?oldid=362936"
Community content is available under CC-BY-SA unless otherwise noted.