Fanon Wiki
Register
Don't have an account?
Sign In
Advertisement
in: SEGA, Films, Films distributed by Paramount Pictures,
and 4 more

“EVERY TEAM HAS A GENESIS”
―Tagline

SEGA Studios presents, in association with Paramount Pictures, "SEGA Superstars", the most unlikely team of superheroes in the history of mankind, featuring iconic SEGA characters such as Sonic The hedgehog, Sakura Amamiya, Achaikos Lekkas, NiGHTS, Bayonetta and Sam Gideon. When an unexpected enemy emerges that threatens global security, Pierre Kellams, director of the government agency known as DARPA, finds himself in need of a team to pull the world back from the brink of disaster. Around the world, a bold recruiting effort begins.

After being thrown out of the Night Dimension, Reala wanders the brink of death through the periphery of space before making contact with The Other, the servant of a mysterious warlord. The Other makes a pact with Reala: in exchange for the recovery of the Ideya, the human energy of dreams and studied at that moment by DARPA on Earth, his master promises to give Reala command over the Chitauri, a warmongering race of cyborg so that he can conquer humanity. Seeing this as an opportunity for greatness and to make Wizeman proud of him, Reala accepts. On earth, Pierre Kellams, Sam Gideon, Phil Sinclair, Francois Candide and Elena Ivanova are called to the Joint Dark Energy Mission Facility in the Mojave Desert, where the professor Candide is researching the Ideyas. The Ideyas have recently begun to emit strange amounts of energy on their own, causing the facility to evacuate.

Before all necessary precautions can be taken, the Ideya activate, opening a portal from which Reala appears. Announcing her intention to conquer Earth in Wizeman's name, Reala steals the five Ideyas. He uses the scepter, given to him by the Other, to enslave the minds of Ivanova, Candide and several DARPA agents, helping him in his escape. Despite the efforts of Kellams and Gideon to stop him, Reala escapes. In response, Kellams reactivates the SEGA AGES Initiative.

Despite orders from United States President Elizabeth Winter to proceed with the secret "Phase 2", Kellams sends Sam Gideon to locate Achaikos Lekkas and Bayonetta. Agent Sinclair is instead sent to get information on NiGHTS from Elliot Edwards and Claris Sinclair, then moving on to recruit Sonic The Hedgehog and Sakura Amamiya. Everyone is informed of Reala's theft of the Ideya and of the risk of invasion. The heroes accept, even if they are very reluctant.

The group reunites on the Helicarrier, where Sam begins tracking the energy radiation emitted by the Ideya, while DARPA tries to find Reala. Meanwhile, Reala uses the scepter to communicate with The Other, who warns him that the consequences will be unspeakable if he fails. Shortly after breaking off contact, Reala is discovered in Tokyo, Japan. He attacks a man named Yugji Naka before terrorizing a crowd of people attending a gala, providing a distraction so that the brainwashed Ivanova can retrieve the Iridium to stabilize the le Ideya. Sonic and Bayonetta arrive to capture Reala, with the three and Reala engaged in a fight until Sakura's timely intervention, forcing Reala to surrender. After capturing him, they board a Quinjet and begin the journey back to the Helicarrier. Suddenly a lightning storm forms and NiGHTS appears.

NiGHTS takes Reala from team custody and takes him to a nearby forest. NiGHTS attempts to persuade Reala to abandon her campaign and return to the Night Dimension, but Reala, blinded by her jealousy of NiGHTS and loyalty to Wizeman, refuses. Sonic and Bayonetta arrive and attack NiGHTS, engaging her in a battle that levels part of the forest. Before any further damage can be done, Sakura step in and attempt to get NiGHTS to step down. NiGHTS responds by throwing itself at, only it causes a destructive shockwave. NiGHTS finally agrees to work and joins them in taking Reala to the Helicarrier.

On the Helicarrier, Reala is imprisoned inside a cage designed to hold Achaikos. Kellams tries to question him about the position of the Ideyas, but Reala remains silent. NiGHTS reveals Reala's plan to the SEGA Superstars: with the Ideyas, Reala hopes to open a portal that will allow the Chitauri to access Earth, thus starting an alien invasion, and to deliver the planet to Wizeman as a trophy. As Gideon and Amamiya work to locate the Ideya, Bayonetta is intrigued by Achaikos's level of control over its transformations.

Sam, annoyed by Bayonetta's erratic behavior and disrespect for authority, tries to get her to follow orders more carefully, which instigates a rivalry between of two. Amid their discussions, they begin to question DARPA's intentions, inferring that Kellams is hiding something about their plans with the Ideyas. Amamiya reveals that, thanks to a small device from her tech friend Reiji Shiba, she has started hacking into the agency's mainframe to reveal their secrets, while Gideon sets out to investigate the restricted areas of the Helicarrier alone. Both investigations run into "Phase 2", which they realize is a project aimed at using Ideya to make weapons.

The SEGA Superstars confront Kellams with their findings, to which he reveals that DARPA has begun using the Ideyas to craft weapons in response to all the inhuman / alien incidents that have occurred due to them thus far. A massive discussion ensues, during which the brainwashed Ivanova, accompanied by several soldiers who also work for Reala, attacks the Helicarrier, paralyzing one of its engines.

The resulting explosion destroys the laboratory the group is fighting in, causing Sakura and Achaikos to fall into the boiler area, trapped by the debris. Despite Sakura attempts to calm him down, the wounded Achaikos transforms into Warrior Beast and chases Sakura through the Helicarrier. NiGHTS comes to his rescue and quarrels with Warrior Beast, outclassing him in strength. A DARPA jet attempts to lure Warrior Beast away from NiGHTS, only for Warrior Beast to jump on the plane and tear him apart. The jet explodes and Warrior Beast is sent to skid to the ground.

Sam, Bayonetta and Sonic attempt to repair the damaged engine, but Reala's underlings hinder their efforts. Sakura confronts Elena and, after an intense fight, is able to break Reala's control by delivering a concussive blow to Elena's head. NiGHTS attempts to stop Reala from escaping, but is deceived by an illusion of Reala and trapped in his former prison cell. Agent Sinclair tries to save NiGHTS, but Reala stabs him in the chest with his scepter and then throws NiGHTS from the Helicarrier. NiGHTS breaks free from the cell at the last second, landing on the edge of Twin Seeds. Sam, Sonic and Bayonetta eventually get past their attackers and fly the Helicarrier again. However, the win is bittersweet when Reala escapes and Agent Sinclair dies from the injury.

Kellams attempts to use Sinclair's death to motivate the SEGA Superstars to team up as a team, but Sam and Bayonetta enter into another discussion. However, the two realize that Reala intends to open the portal above Isla Del Sol, an island close to Vigrid, in an attempt to satisfy her ego. The whole squad heads to Vigrid in flight. Sonic arrives first, unable to stop the brainwashed Candide from using the Ideyas to open the portal along with a device he built.

Sonic confronts Reala. The two engage in a brief battle of wits, with Sonic failing to intimidate Reala with his threats regarding the SEGA Superstars. Reala unsuccessfully tries to possess Sonic, as his heart beats too fast and cancels the effect almost instantly, and throws Sonic through a window. Fortunately, Sonic was able to use one of his rings to save himself and return to the tower. Sonic then attempts to disable Reala, but Candide's device starts up, opening a portal above Vigrid. The Chitauri fleet emerges, initiating the Reala invasion.

The rest of the SEGA Superstars team up with Sonic to destroy many Chitauri, but more poured from the portal. Achaikos arrives on a motorcycle and uses a special technique to voluntarily transform, subsequently subduing Reala. Meanwhile, the team battles hordes of Chitauri. Sam and Sakura walks over to Candide's device. Candide, now freed from Reala's control, reveals that Reala's scepter can close the portal.

Meanwhile, the USA President Elizabeth Winter attempts to end the invasion by launching a nuclear missile on Vigrid and its surroundings. Sonic intercepts the missile and carries it through the portal to the Chitauri fleet before running out of power and crashing back to Earth. Bayonetta catches Sonic as he falls, while the Chitauri fleet is decimated by the nuclear blast, effectively disabling the Chitauri forces on Earth. Sam then closes the portal, the battle finally won.

The world, changed forever, is conquered by the idea of ​​a team of superheroes. SEGA Superstars become the center of media attention, admired by the public as heroes, but also encounter some concern and fear. Some find their appearance in battle to be too casual. Joining Central Park, the SEGA Superstars and DARPA watch as NiGHTS escort Reala and the Ideyas to the Night Dimension. Afterward, the SEGA Superstars split up, though Kellams notes that at a time when a new world threat emerges, the team will reunite.

Meanwhile, the Other meets his Master, Dremagen, and informs him of Reala's failure. He shares his concerns about the strength of Earth's heroes, commenting that attempting to challenge them would be deadly. Dremagen smiles sadistically.

Next, members of the SEGA Superstars are shown playing baseball. In between exchanges, the team plays the game and, before closing, Sonic comments that he now has two things to tick off his list. 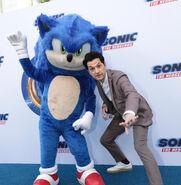 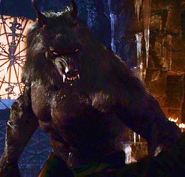 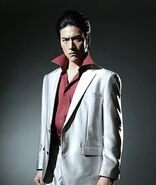 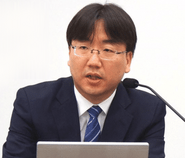 Shuntaro Furukawa [The No SEGA]

“Mrs. Kanzaki, everyone makes mistakes along the way. She wouldn't be the first, much less the last."
"Sumire Kanzaki: Where do you want to go?"
"She did not abandon them during the Great Demon War.

”
―Phil to Sumire, referring to the fate of the original Flower Division

“I haven't spent a lifetime fighting to kneel in front of people like you."
"But there is no one like me."
"People like you have always existed and always will exist.

“You don't realize what you're dealing with."
"Maybe an otherworldly Harley Quinn?"
"[visible confusion]"
"Doctor Quinzel, where is your dear Mr. J?


”
―The first meeting between Sonic and NiGHTS

“That man is playing Pokémon! He thought we wouldn't notice, but we did.”
―Sakura Amamiya catching Satoshi Tajiri red-handed intent on not working

“Pierre Kellams: This I don't know, but I know that it is powered by the Ideyas. And I'd like to know how Reala turned two such shrewd agents into her personal Goombas.
NiGHTS: Goomba? I don't understand.
Sonic The Hedgehog: I do!”
―Sonic understanding the quote about his eternal rival

“He only has five Samus Aran's Morph Balls that will explode in his face. And we will be there when it happens.”
―What does Bayonetta think of Reala and the Ideya

“Achaikos Lekkas: So are you saying that Warrior Beast gave me the opportunity to come back to life? It's a beautiful belief... But I don't understand why?
Sakura Amamiya: I guess we'll find out.
Achaikos Lekka: You may not like it.
Bayonetta: Yes, but you does.”
―Bayonetta and Sakura cheering on Achaikos

“Many think this... Until the pain begins.
"What are you asking me to do?"
"I'm asking you what you are willing to do."
"Reala is a prisoner, right?"
"And why do I get the feeling that he is the only one who wishes to be on this ship?”
―Kellams begins to doubt Reala's surrender