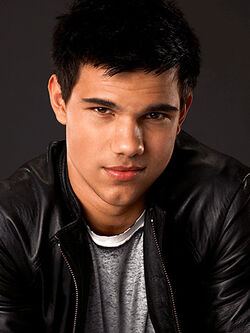 He appears as a central protagonist of Saw VIII and was a student of Umbrella High School, the leader of the Bridges Friendship Circle, An Avid Fan of Jigsaw and one of the five youth individuals employed by Pamela Jenkins to investigate into the disappearence of Jigsaw Apprentice Mark Hoffman.

Roston is a student of Umbrella High School and an avid fan of Jigsaw, Amanda Young and their contraptions just like his friends and girlfriend Diane Morglass who are all also fellow students at Umbrella High.

Diane however is unfaithful to him and is having an affair with his bestfriend Justin Markman.

Roston however had a drunken affair on Diane with friend Whitney Malice which is the reason to Diane having an occuring set of affairs on Roston.

Ultimatley Pamela Jenkins comes to the campus of Umbrella High and approaches Roston, Diane and the others enquiring wether they would like to for money and fame be the ones to have found the missing Jigsaw Apprentice Mark Hoffman.

Roston and the others agree and begin their investigation into the disappearence of Mark Hoffman.

Roston sets up an interrogation of their school teachers as Mark Hoffman had once been part of the high school Alumni at Umbrella High.

Ultimatley they come up with next to nothing except for the subjects he liked and information on his sister Angelina whom they discover was very secretive to him.

Roston then proposes the falsification of a story on his whereabouts for Pamela Jenkins and the night of putting all the fake information together for her he is abducted by apprentices Daniel Rigg and David Tapp.

Roston awakens in the abandoned Gideon Meat Packing Factory and awakens in a dim lit factory room where there are five pig masked puppets sitting upon five seats with five pictures pinned to them.

Roston ventures from the room out into a corridor filled with doors.

That door opens up and leads Roston into a room with a staircase where he sees a sign reading the Vat floor and then in speaking to himself recognizes the building as being John Kramer's Meat Packing Factory Gideon Meat Packing Plant.

He attempts to open all the doors on the bottom part of the room where he is but they do not open.

He then progresses upstairs and comes to a door reading Vat Room 1 and with the red spray painted message: "The Ears."

In the room he finds Olivia Samuels strapped into a chair with large head-phones on her.

She is gagged with a red vinyl gag and the room is a dimly lit Vat Room with a large vat in the left hand corner of the room near the chair containing Olivia.

Upon rushing forward to her he runs over a thin rope on the ground which then sprouts upward and trips him.

It sets off a television in the room which plays a video of Billy the Puppet explaining the rules to the trap and welcoming to his first test in his journey to the truth and life salvation.

Roston attempts to simply break Olivia from her bindings and the chair but fails to and then by following the rules of the trap heads over to the then highlighted four sinks of the room containing icy water and one of four keys at the bottom of the four water which will releases the four locks on Olivia's head-phones.

He saves Olivia from death but from not from her eardrums exploding and leaving her deaf.

Him and Olivia then press on to Roston's second test which is on the factory floor for the secretly built auditorium part of the building.

There Roston and Olivia come to a blue curtain red spray painted with the words: "The Heart."

Behind the curtain is the auditorium stage and girlfriend Diane suspended by a chain from the stage roof over a blade machine on the stage which begins running with Olivia and Roston stepping over a thin rope which flips up and sets off another Billy the Puppet video.

The video explains Diane's cheating and that the chain which holds her will continue to drop until she is dropped into the blade machine unless Roston administers an electric shock device to his chest in the exact position where is heart is so it triggers off the machine and pushes the chain holder mechanism into a safe position for deploying.

Roston does so at the last minute and suffers a shock which causes his heart to jolt.

Roston then continues on with Diane and Olivia to the third test which is in the factory's Air Chamber into a circular room which's door bears two words in spray painted red reading: "The Hands."

The test involves Whitney Malice and Justin Markman held in place by a chain much like Diane's and a large crossbow device aimed at them with large arrows aimed at them.

The Crossbow will proceed within a period of 2 Minutes.to fire off a large arrow which impale both Justin and Whitney unless Roston, Diane and Olivia insert one of their hands into one of three wall chutes filled with glass shards which will cut them in order to pull one of three levers within the chutes to wind down the crossbow so it's fired arrow does not hit Whitney and Justin and when the timer ticks down their chains releases them alive.

Diane and Olivia fail to pull their levers however leaving Roston to be the only one to do so and Whitney and Justin are impaled.

Roston discovers Diane did so deliberatley so they would be killed as Justin was the one she was cheating with and Whitney was the one to who Roston had the one night drunken affair with.

However in the calamity of Whitney and Justin's killings Olivia ultimatley dies by accident leaving only Roston and Diane to continue on.

Roston and Diane then come to Roston's second last test on the factory's interlocking staircase part.

There Roston and Diane uncover a cage with blue curtain on it.

The blue curtain possesses two words red spray painted onto it which read: "The Mind."

Roston pulls back the curtain and a cage is revealed containing Diane's ex-boyfriend Lance Kronkite.

Diane falls backward in shock and trips the rope which pulls off starting the video explaining the rules to the game.

Billy the Puppet explains Roston must best Lance in a game of wits and only two may pass beyond the strange floor board leading onto the exit staircase.

The floorboard contains tiles with images of Billy the Puppet on them and only certain tiles will allow one to pass on through the others will collapse sending them to their death.

There are two tile paths which are safe and Roston and Lance must transgress what they believe to be the two right tile paths.

The paths depend on to be the sounds made by Billy the Puppet when he laughs and the Pig Masked abductors.

Lance takes the beginning of the Pig Masked Path and Roston takes the Puppet Laugh path.

They both hear the right platforms scream out the order and then a timer of a 60 seconds detonates.

The two then begin to run along.

Roston along with Lance make a couple of mistakes almost falling through tiles which collapse but Roston ultimatley falls through one nearly completely hanging on for life.

Lance then skips over to him crossing paths to attempt to kick him off the edge.

Diane then begins to root on Lance to kill Roston and Roston garners the upper hand grabbing Lance by the foot whilest he is distracted and pulling him down to his level.

Roston as Lance falls confiscates a revolver from him and then stand back upon a tile staring at the shocked Diane.

He aims the revolver at her which carries a single bullet and fires at her temple.

Her head then begins to bleed out and Diane stumbles over to the wall and dies.

Roston then makes his way up the Puppet Path to the exit door and heads on through.

Retrieved from "https://fanon.fandom.com/wiki/Roston_Bridges?oldid=70390"
Community content is available under CC-BY-SA unless otherwise noted.