Raven Nichols (Selena Gomez of Spring Breakers) receives a letter that his sister Carrie (Lea Michele of Glee) is dead and I left a departemt where his sister lived with her ​​and now her boyfriend Stephe(Chace Crawford of what to expect when you're expecting) and her best friend Kimberly(Ashley Greene of The apparition) will have to evict department without his sister though Somebody is watching from the fourth.

Maggie Q As May Liu/Raven's Friend

Carrie Nichols- stabbed in the back an ax

Travis Lilcon-beheaded with an ax

May Liu-his face collided with the bathroom mirror

Amber Reynolds-stabbed in the neck with the ax

Chloe Fitz-stabbed in the heart with ax

Alex Jones-stabbed in the neck with the ax

Tom Hardy-pierced with a steel rod 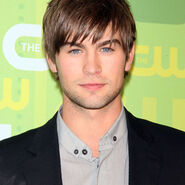 Travis Lilcon
Add a photo to this gallery
Retrieved from "https://fanon.fandom.com/wiki/Room_of_Terror?oldid=179403"
Community content is available under CC-BY-SA unless otherwise noted.