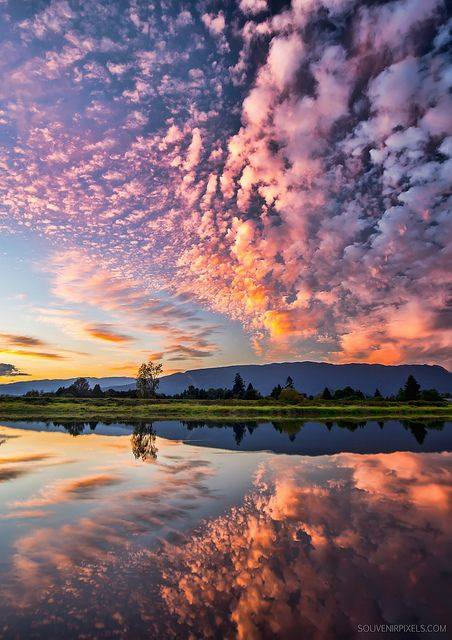 Carter Andrews is a fourteen year old who has dedcated himself to his Resurgent coven in New Orlens. Carter's bestfriend who he has feelings for Seth is in the coven with him. They have a meeting and Seth can't come beacuse of something at home. The leader of the coven Christopher has Carter bring back to life a fox and Carter passes out. Carter wakes up and he's bound to a stake and Christopher says that Crater's dangerous and he wont tell Carter why and burns him to stake. Carter dies and he see's visons of a horned god and a mother of godess and he brings himself back to life. Seth who just learned of his bestfriend's death finds an alive Carter and tells him that they need to get out of here. Seth tells Crater that he's going to bring him to his house but tricks him and takes him to the council (Seth's Dad Micheal Reynolds is on the council). The Council is Katherine Webb, Micheal Reyonlds, Stan and Andy. They take him to Miss Hendrick's school for young witches and warlocks in Bardstown Kentucky. The High prestess Shelby Hendricks shows him around and and brings him to his roomate Breannon who is homophobic and thinls Carter is gay. Carter can't stand him anymore an dleaves and runs into a boy named Blake.

Carter goes walking around outside and finds Miss Hendrick's butcherd body and runs into Profeccer Troutman who calls the cops. The cops question Carter and he tells him that all he knows is that he found her body on campus. A boy named Will questions Carter about what happend and Carter tells him and leaves. Cordeila Jaggers takes over as the school's new principle which brings tension to the council beacuse Cordiela is Katherine's swron enemey and will always be.

Carter bumps into Blake again and he invites him and his friends to a party at Breannon's house outside the school. Carter tells his friends about the party and they are ecxited to go and to leave the school. The witches and warlocks are allowed to leave the school for a few hours. At the party many sudents from the academy and who live in town attend the party. The popular kids Will, Loren, Hanna, Breannon and Dalton are suprsied to see Carter and his friends there. Blake talks to Carter and tells him that he is glad that he came to the party.

Will comes over and starts talking to the both of them. Breannon comes over to Carter and demands to know why a faggot came to his party. Blake and Will defend him. Enranged Breannon goes to Dalton and whispers stuff in his ear. Carter see's Hanna go up the steps and it looks like she's drunk. Carter see's Breannon and Dalton follow her and think's somethings up and tells Will and Blake. Loren comes up to them a few minuents later asking where Hanna is at and that she is drunk.

The next day Carter tells Cordeila what happend to Hanna and Cordeila says that he and Dalton left before she could say anything to him. Carter still gets the strange feeling that there's something werid about her. Katherine and the council still wonders how Cordeila is the principle of this school and the question her about it. Cordeila claims that a person can always change and they decide to stay on campus to find out what Cordeila is really up too.

Micheal enrolls Seth into the school and Carter is happy that one of his bestfriend is coming here. Seth is Carter's new roomate and Seth tells him to be careful beacuse the Coven is looking for him and they wnat to kill you for good this time. Carter wants to know why they wanted to kill him in the first place. Seth said that he dosen't know ether. Carter introduces Seth to his friends. Carter dosen't notcie Blake sitting at the table and Blake is jealous of Seth. Seth takes Carter to the council and they tell him to be carefull and to stay away from Cordeila Jaggers.

Seth stays with the council and Carter walks back on campus and Troutman catches him. Carter wonders if Troutman killed Miss Hendricks beacuse he's always on campus. Carter asks him that and Troutman tells him beacuse he's the bodyguard for the school now. Troutman tells him that he thinks Carter's special and Carter thinks Troutman is flirting with him. The next day report cards come out and Carter is failing Elements. Carter stays in class after school with Will.

Will tells Carter that he thinks Blake has a crush on him and Crater tells him that he has a crush on him also. Carter notcies something wrong with Chad his teacher. Carter asks what's going on and Chad tells him that he got hooked on weed again. Carter says that he can help him if he needs help and Chad tells him that he can't help him. During animal empathy class Drew takes them out into the woods and Carter see's someone watching him and sneaks away from them. He finds the dead body of Breannon. Dalton grabs Carter from behind and points a gun at him demanding Carter to bring Breannon back to life. Carter brings Breannon back to life and passes out doing it. Carter wakes up and finds Breannon and Dalton starring at him in a cabin.

Dalton is happy that Carter brought Breannon back to life. Carter wants to know why they were mean to him and why they rapped Hanna. Cordeila threatned to kill them both if they didn't rape Hanna Robberts and they don't know why. Cordeila hates Resurgents and knew you and your friends would stop it. Thats why she was yelling at us that one day you walked past. Cordeila was pissed that we didn't get far with rapeing her and shot Breannon and Dalton managed to escape. Cordeila has someone watching Carter. Breannon says that he dosen't know why he was mean to him and to everyone else he admits that he's Bisexual and Dalton is also.

Carter tells them he want tell anybody about them being here and walks back on to campus and runs into Blake. Blake kisses Carter by suprise. The next day Cordeila wants to know why Carter was "skipping class" but Katherine and the council interupts before Carter could come up with a lie. They take Carter away and Katherine shows Carter a video that someone took of Cordeila and Miss Hendricks leaving the campus and this is the proof they need that Cordeila killed Miss Hendricks to be the Ultimate Supreme is a witch that has every power in the book. Katherine is trying to find out who the supreme is the next person who is showing signs of becoming Ultimate Supreme.

Breannon and Dalton show themselves to the council and they explain everything. Carter goes to see Blake and they kiss again. Blake wants Carter to tell them that he wants to be on there goodside. Carter goes to tell them and finds the whole Council dead. Carter freaks out and wonders if he can bring them back to life at the same time. He tries and it takes alot of power but he manages to do it and passes out. A day later Carter wakes up to Blake, Will, Hanna, Loren, Kalysta, Mary, Katie, Christina, Ashley, Seth, Breannon, Dalton and the council starring at him.

Cordeila had people kill them and they need to stay in this house beacuse Cordeila thinks were dead. Carter goes to see Cordeila and tests her to see if she's telling the truth. He asks her where the council is at and she says that they left and will never come back. Seth tells Carter that they saw the Horned God and Moon Godess and they told usto fight agansit Cordeila and win. The Horned God and Moon Godess told Carter to fight aganist Christopher. Blake finds Carter and he wants there realtionship to turn up some more and the two have sex.

Carter and Breannon wants to know the person that watches Carter. Chad finds Carter and tells him that he's been blacking out and losing track of time. Carter tells Chad that he had a vison of the Horned God and Moon Godess and Chad tells him that they touched him and that they will save him in the battle. Carter asks Breannon and Dalton if Cordeila ever said anything about a Horned God and Moon Godess. and they tell him that Cordeila hates Resurgents and Wiccans. Katherine tells them that Shelby was Wiccan also.

The next day there going to have a dance at the Nelson County Highschool. Carter thinks Katherine has something planned. Blake asks Carter to the dance and Carter accepts. At the dance Carter notcies Cordeila watching him and Blake very closely. Katherine see's a watch and Cordeila's hand and that watch is sopossed to point out all Resurgents in the room and she presses the button and all the Resurgents go down inculding Carter, Blake and Hanna. The guards take them away and Will and Carter's friends see where there taking them at but Cordeila stops them.

Katherine fights with Cordeila and Cordeila stabs Katehrine but Katherine helas her own wounds with her powers. and knocks Cordeila out. Carter wakes up and the basement is on fire. He see's Christopher standing on top of the steps watching him with a smile and he closes the door. Carter waked up Blake and Hanna and all the other Resurgents are dead except them. Will finds the basment and kills the guards he sacerfices his life and brings Carter, Blake and Hanna up the steps but burns to death.

Jean Luc Bilodeau as Will

Retrieved from "https://fanon.fandom.com/wiki/Resurgence?oldid=175152"
Community content is available under CC-BY-SA unless otherwise noted.