Calendars are used to track the world's progress through the year and to schedule holidays and festivals. There have been many calendars used through Qirsyllviar's history, but the most well known are listed here. All calendars divide the year into 373 days. Calendars in the tables and below are listed from earliest adoption.

New Year's Date Comparisons: the relative date of other calendars at another calendar's New Year's Day. The dates in bold is the new year's day of the calendar in comparison to the ones above and below.

The calendar used by lizardfolk kingdoms of southern Nekcroz since long before the rise of the Xotilic Empire. Rather than two before and since year 0 eras, the Kro’Mundi calendar is divided into a series of six eras:

The calendar used by the Empire of Soynaltiar., named for the deified abjaksan, Saityroe, in remembrance of Saityroe and his achievements to the Soynaltian people during his time.

The calendar has fifteen months with six-day weeks. Most of the months range from twenty-four to twenty-six days; but the middle month, Saityroe, the namesake of the calendar, has twenty-seven days and is the longest month of the Soynaltian Year.

The Gloriel calendar is the calendar system invented by elves of ages past and used mostly by elven nations and peoples of Geminos, including the High Elven Hylarene Empire. It is the preferred calendar used by most sovereign elven states of Geminos, and moderately by the nations of Avolcraz, Bestiauris and Czi'kolgyar. It is also sometimes used alongside other calendars in elven communities elsewhere on Qirsyllviar.

The Luan calendar (鑾曆/Luan li/Imperial calendar) is the calendar used by the Wan people throughout Tianchao, Dongbalian and related countries. It is also used by the Sinjok and the Arslan, having adopted it as a result of long-term interaction, and conflict, though they use different names for the months.

It was invented by Wan astronomers during the early years of the Chang dynasty to be used alongside the already established method of using eras. The inventors of the calendar used the ascension of the Huangdi Chuangjian, the first hunagdi of the Qiang dynasty, to mark the beginning of the common era, so years prior are tagged TJQ (天下於即位前/Tianxia yu Jiwei Qian/Before the Enthronement of Tianxia), while years since are tagged TJH (天下於即位後/Tianxia yu Jiwei Hou/After the Enthronement of Tianxia). The reason for this is because it was believed that becoming Huangdi of Tianchao made that person the ruler of the world.

The weeks of the Luan calendar have eight days named for the elemental representations of bagua trigrams of Wan mythology.

The Solramese calendar was first adopted at least four thousand years after the lifetime of the first seven abjaksan. Created by astronomers during the reign of Solram I, founder of the Kingdom of Solram (ⰔⰑⰎⰓⰀⰏ), one of several ancient states that once dominated northeastern Eurodysia in the wake of the Fall of the Zedylrian Empire.

The calendar was first adopted approximately twenty years after the inauguration of the Kingdom of Solram – one of several kingdoms that emerged out of the chaos that resulted following Zedylria's destruction – and uses the widely acknowledged year of Zedylria's end as start year. The creators of the calendar viewed the Fall of Zedylrian Empire as a major turning point in history, and so used the year the empire fell as the base for the calendar, thus marking the year Zedylria fell as year 0. All the names of the months were also made from the names of a few deities from the old Zedylric Pantheon.

This calendar was at first only used by the Solramese Kingdom to supplant the old calendar used by Zedylria (ⰈⰅⰄⰟⰊⰎⰓⰋⰀ), but has since been adopted by the majority of Qirsyllviar. Even while the Kingdom of Solram has long since ceased to exist, it remains one of the most popular calendars of Qirsyllviar.

The days of the week are a relatively modern addition to the calendar added by the Synkratic Church.

The Teikoku calendar (帝国暦/Teikoku-reki/Imperial calendar) is the calendar used by the Genjin people throughout the countries of Fuso and Yamatai's dependencies. The calendar was adopted during the reign of Uruoi-Tenno (潤い天皇), and uses the coronation year of Ganzo-Tenno (元祖天皇), the first Tenno of Fuso, and thus the Nadeshiko dynasty, as its beginning.

The Days of the Week, a relatively modern addition, are in sync with the Solramese ones due to having the same number as the latter calendar; however, the first day of the Teikoku week, Maiyobi is in the middle of the Solramese week, lined up with Itderday.

The Bahith calendar (التقويم من باحث/al-taqwim min Bahith), also called the Ikaj calendar, is the calendar used by the Ikaj people of southwestern Aquilonis, and followers of Al-Haqiqa. The Ikaj people were already using an older form of this calendar for centuries before the introduction of Al-Haqiqa, but with the execution of Shahirazadi (شىحيراظاضئ) by the Synkratic Church a new era was proclaimed and parts of the calendar were revamped and certain months were given new names.

The days of the week are a relatively modern addition as well, added when the calendar was revamped.

The eras are initialed AE (Avant l'Exil/Before the Exile) & DE (Depuis l'Exil/After the Exile), basing year 0 on the year of the failed rebellion in Gallia was exiled to the Vieillesse Peninsula via the "portal to nowhere".

The Gonghe calendar (共和历/Gonghe li/Republican calendar) is a reformed version of the Luan calendar used by the Republic of Miaogui.

Invented in relatively modern times, following the independence of Miaogui from Solaris a new calendar, referred to as the Gonghe calendar, was introduced in an effort to both celebrate independence and achieve some synchronicity with the Solramese calendar.

It's identical to the Luan calendar in that it has twelve months with the same number of days for each month, and it's New Year's day is still equivalent to the Luan calendar's, but it has one fewer days of the week, the months and days of the week have different names, the eras and the year differences are different, having been adopted in 4299PCZ, three years after having won their independence from the Solarii Empire, which is used as year 0.

The Gonghe calendar is used universally in Miaogui, but its also used by some Wan communities in Eurodysia and to a very limited extent in Dongbalian. There were attempts to implement it in Tianchao, as many saw the independence of Miaogui as a turning point in history, but it never got very much traction.

The initials for the current era are GJ (共和崛起/Gonghe Jueqi/Rise of the Republic), while years before it are GZ (共和之前/Gonghe Zhiqian/Before the Republic). 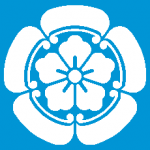