Start a Wiki
Prehistoric Kingdom is a fully functioning theme park on Isla Milbo, an Island off the coast of Florida just a mile away from Miami, which opened in September 11, 2018. The main attractions of the park are living clones of extinct animals such as dinosaurs, extinct mammals, birds, non-dinosaur reptiles (pterosaurs, etc), amphibians, fish, and invertebrates. Inspired by Jurassic Park and Jurassic World from fiction, Prehistoric Kingdom contains elements of a biological preserve, a safari, a zoo, and a theme park. The park also functions as a luxury resort with hotels, restaurants, nightlife and a golf course. By 2019, the park hosted over 20,000 visitors each day, while its hours of operation are from 8AM until 10PM. Unlike in Jurassic Park and Jurassic World from the books and movies, Prehistoric Kingdom in real life has no incidents from animals escaping and/or causing havoc probably due to extremely good care and security of the park, so this park remains operational as of 2019.

Species in the Park 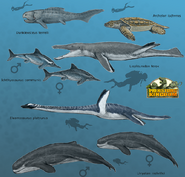 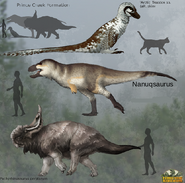 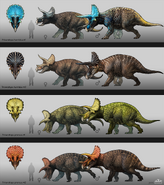 The first mammals that were cloned in this park 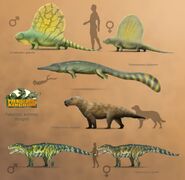 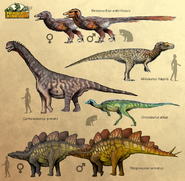 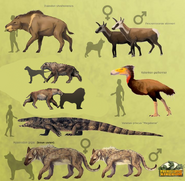 From left to right: Brontosaurus, Plateosaurus, Argentinosaurus, Shunosaurus, and Cetiosaurus 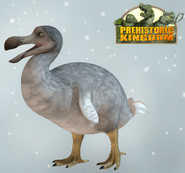 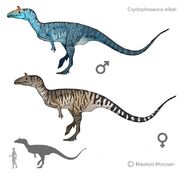 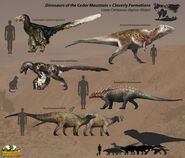 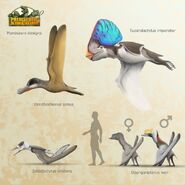 The first pterosaurs of Prehistoric Kingdom 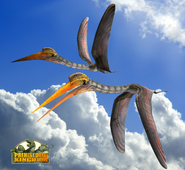 Megalosaurus
Add a photo to this gallery
Retrieved from "https://fanon.fandom.com/wiki/Prehistoric_Kingdom?oldid=448071"
Community content is available under CC-BY-SA unless otherwise noted.