Pilot is the pilot episode of the science fiction television series The X-Files (2010 Reboot). The episode aired on December 04, 2010 on HBO worlwide. The story was written by Joss Whedon and directed by creator J. J. Abrams. As the pilot, it would set up the mythology storyline for the series.

The pilot introduced the two main characters, Fox Mulder (Robert Downey, Jr.) and Dana Scully (Karen Gillan). The episode also featured Angus Scrimm, Clark Gregg and Christopher Eccleston as the recurring characters of the Smoking Man, Scott Blevins and Billy Miles. The Smoking Man would go on to become the series signature antagonist, appearing in every season except the eighth. The episode follows FBI Special Agents Mulder and Scully on their first X-File case together, investigating a string of deaths which Mulder believes to be alien experiments.

In Bellefleur, Oregon, teenager Karen Swenson is seen fleeing through the forest. When she falls, a dark figure approaches, and they both become enveloped in light. Swenson's body is later found by Bellefleur detectives, with two small marks on her back.

Later, in Washington, D.C., FBI special agent Dana Scully (Karen Gillan) is summoned to a meeting with Division Chief Scott Blevins (Clark Gregg) and a seemingly anonymous government official, The Smoking Man (Angus Scrimm). Scully is assigned to work with Special Agent Fox Mulder (Robert Downey, Jr.) on the X-Files, an obscure FBI section covering purportedly paranormal cases. Blevins has assigned Scully for the implicit purpose of using her scientific knowledge to discredit Mulder's work, although Blevins never directly tells Scully this and is evasive when she asks if such is his intent.

Scully introduces herself to her new partner, who shows her evidence from the Swenson case. He notes that she was the fourth member of her high school class to die under mysterious circumstances. Mulder also notes an unknown chemical compound found on Swenson's body, as well as similarities between her death and others from across the country. Mulder believes that Swenson's death is due to extraterrestrial activity. However, the skeptical Scully expresses disbelief in Mulder's theory.

When Mulder and Scully's plane flies over Bellefleur, it encounters unexplained turbulence. As they drive in the woods near the town, the agents' car radio malfunctions; Mulder marks the spot of this event by spray-painting an "X" onto the road. Mulder arranges for the exhumation of the third victim, Ray Soames, despite the protests of Dr. Jay Nemman (Billy Burke), the county medical examiner. When Soames' coffin is opened, a deformed body is found inside, which Scully concludes is not Soames, but an orangutan. However, she finds a metal implant in the body's nasal cavity.

Mulder and Scully visit the psychiatric hospital where Soames was committed before his death and meet two of Soames' former classmates—the comatose Billy Miles (Christopher Eccleston); and the wheelchair-using Peggy O'Dell (Rachel Roth). O'Dell suffers from a nosebleed during the agents' visit, and is seen to bear marks similar to Swenson's. Outside the hospital, Mulder explains to Scully that he believes Miles, O'Dell, and the victims to be alien abductees.

That night, the agents investigate the forest; Scully discovers strange ash on the ground, leading her to suspect occult activity. However, a local detective arrives and orders them to leave. Driving back to their motel, Mulder and Scully encounter a flash of light at the spot their car had malfunctioned earlier. When the car loses power, Mulder realizes that nine minutes disappeared after the flash, a phenomenon reported by alien abductees.

At the motel, Mulder tells Scully that his sister Samantha vanished when he was twelve, which has driven his work in the paranormal. The agents receive an anonymous call telling them that O'Dell was killed in traffic while on foot. They visit the scene, finding O'Dell's body and no wheelchair. They return to find the motel on fire and their evidence destroyed. Nemman's daughter Theresa contacts the agents for help. She tells them that she has awakened in the middle of the woods several times; though her father and Detective Miles arrives and takes her away.

Mulder and Scully return to the cemetery to exhume the other victims only to find the graves already dug up and the coffins missing. Mulder realizes that Billy Miles is responsible for bringing the victims to the woods. Returning to the woods, they again encounter Detective Miles, but hear a scream and find Billy nearby with Theresa in his arms. There is a flash of light, and Billy and Theresa are recovered unharmed.

Several months later, Miles is put under hypnosis. He recalls how he and his classmates were abducted in the forest as they celebrated their graduation; they were subjected to tests by the aliens, and killed when the tests failed. Scully provides Blevins with the metal implant, the only remaining piece of evidence. However, she later learns from Mulder that Miles' case files are missing. Meanwhile, The Smoking Man stores the implant away in a vast evidence room within the Pentagon. 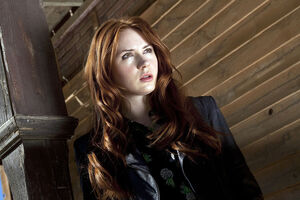 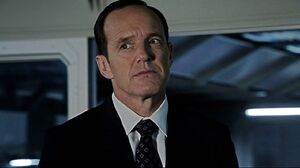 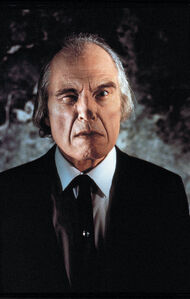 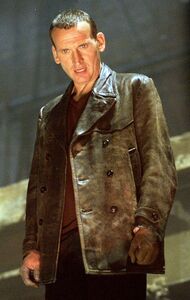 Billy Miles
Add a photo to this gallery
Retrieved from "https://fanon.fandom.com/wiki/Pilot_(The_X-Files_remake)?oldid=208478"
Community content is available under CC-BY-SA unless otherwise noted.