Start a Wiki
Omega III is a 2019 American/British science-fiction horror film directed by Zack Snyder and starring Emma Watson, James Cosmo, Forest Whitaker, Thomas Brodie-Sangster, Sam Rockwell, Kelsey Grammer, Steve Austin and Gary Oldman. The film is the third installment of the Omega franchise. The film takes place right after the events of Omegas (2017). An escape pod from the Colonial Marine spaceship Turango crash-lands on a prison-run refinery planet, killing everyone aboard except Lieutenant Maya Onegin (Emma Watson) and android Thomas Stryker (Thomas Sangster). Unknown to Maya, an Omega organism was also aboard the escape pod, which then begins a killing spree in the prison.

Omega III had a difficult production, with various screenwriters and directors getting involved in the project, and shooting even started at Pinewood Studios without a finished script. Upon completion, the studio dismantled and reworked the movie without Snyder's consent, including releasing a teaser trailer that suggested the film would take place on Earth. The film was released to positive reviews, however not acclaimed like the previous two, and while not very successful at the United States box office, it earned over $100 million outside of North America and was considered a financial success. The film was better received outside the US and opinion on the film has improved over the years, it has even gained a strong cult following.

Zack Snyder was brought into the project very late in its development, after a proposed version written by Vincent Ward at the helm fell through. Snyder had little time to prepare, and the experience making the film proved agonizing for him, as he had to endure incessant creative interference from the studio. The added weight was also to create a film worthy of the work of the two revered directors that had gone before him, Christopher Nolan and Alfonso Cuarón. It was followed by Omega Reborn (2021) and the spin-off Omega: Colony (2024).

Following the events in Omegas, the Colonial Marine ship USS Turango experiences an onboard fire and ejects Maya Onegin (Emma Watson), Tails, Corporal Hobbs and the damaged android Stryker, who are all in cryonic stasis, in an escape pod. During the launch, the ship's medical scans of the crew's cryotubes show an Omega Infector attached to one of the crewmembers. The pod crashes on Jazbina "Jazz" 666, a foundry facility and penal colony inhabited by all-male inmates with "double-Y" chromosome patterns. After some inmates recover the pod and its passengers, an Omega Infector is seen approaching the prison dog. Maya is taken in and awakened by Stromm (James Cosmo), the prison doctor, and is told she is the only survivor of the crash, although Stryker isn't destroyed, but heavily damaged and locked in the prison's storage room. Many of the ex-inmates have embraced an apocalyptic, millenarian religion which forbids sexual relations, and Maya is warned by the prison warden, Superintendent Chalmers (Kelsey Grammer), that her presence among them may have extremely disruptive effects.

Maya begins to suspect an Omega may have played a part in her arrival on Jazbina 666 and requests that Stromm perform an autopsy on the dead Tails, although she conceals the true nature of her concerns from him. Despite protests from the warden and his assistant, Glover (Steve Austin), the autopsy is conducted and Maya's fears that Tails may be carrying an Omega embryo in his body turn out to be unfounded. Stromm proclaims he simply died in the crash. Meanwhile, Maya's casual mingling with the prisoners begins to frustrate the warden and agitate the inmates.

A funeral is performed for Tails and Hobbs in which their bodies are cremated in the facility's furnace. In another section of the facility, the prison dog enters convulsions, and an Omega bursts from its body. The Omega vampire soon begins to attack members of the colony, killing several and reducing an outcast prisoner Billy (Sam Rockwell) to a mentally deranged state. To get answers, Maya secretly arrives at the Storage Facility, recovering and reactivating the damaged android Stryker (Thomas Brodie-Sangster), who confirms that there was an Omega lifeform on the Turango and that it came with them to Jazbina in the escape pod. Before leaving, Stryker requests that Maya destroys him, and end his 'sadness', to which she relutanctly does so by reaping his brain patterns. She informs Chalmers of her previous encounters with the Omegas and suggests everyone work together to hunt it down and kill it. Chalmers rejects her story, blaming the deaths instead on the unrest amongst the inmates, and explains that the facility has no weapons. He also reveals that a rescue ship has been sent for Maya by the Ashford Industries.

Back in the prison infirmary, Stromm is killed by the Omega in front of Maya, which then approaches Maya but does not attempt to kill her. She runs to the mess hall to warn the others, only to see the Omega take Chalmers. Maya rallies the inmates and proposes they pour highly flammable toxic waste, which is stored at the facility, into the ventilation system and ignite it to flush out the creature. The prisoners reluctantly agree to the plan, but the mixture is ignited prematurely by the creature's intervention, resulting in the deaths of many of the prisoners. Suffering from pain in her chest and fearing internal injuries, Maya scans herself with the medical equipment on board the Turango's escape pod and discovers the embryo of an Omega Supreme growing inside her. She also discovers out that Ashford Industries intend to capture the Supreme embryo and the adult Omega, hoping to use them as biological weapons. Deducing that the mature Omega will not kill her because of the embryo she carries, Maya begs Chester (Forest Whitakher), the religious leader of the inmates, to kill her, who agrees to do so only if she helps the inmates kill the adult creature first. They form a plan to lure it into the foundry's lead works facility using themselves as bait, where it can be drowned in molten lead. The bait-and-chase style plan results in the death of Chester and all the remaining prisoners except Danny (Gary Oldman), who pours the lead. The Omega, covered in molten metal, escapes the mold and is killed by Maya when she turns on fire sprinklers and sprays the beast with water, causing its exoskeleton to cool rapidly and shatter via thermal shock.

While Maya battles the Omega, the Ashford Industries team arrives and is met by Glover. They go to the lead works and the team's leader, Ashford Industries' CEO David Stryker-Ashford (Thomas Brodie-Sangster), who looks identical to the Stryker android, introduces himself to Maya and claims to be Stryker's creator, sent to show Maya a familiar face. He tries to persuade Maya to undergo surgery to remove the Omega embryo, which he claims will be destroyed. Maya refuses and steps back onto a mobile platform, which Danny positions over the furnace. The company soldiers shoot Danny in the leg, while Glover bludgeons David over the head with a large wrench, believing him to be another android. The soldiers shoot Glover dead, while Ashford get on his feet and reveals himself to be another android, with his true intentions being to recover the Omega specimen inside Maya. Maya defies them by throwing herself and David into the gigantic furnace, just as the Omega Queen erupts from her chest. As both Maya and David dies, Maya grabs the creature and holds it to her as they falls into the fire.

Following the failure of Ashford Industries' mission and the death of all but one of the prison's inhabitants, the facility is closed down and the sole surviving inmate, Danny, is led away. On board the Turango's escape pod, Maya's closing distress call from the original Omega plays one final time.

In a ending climax, Stryker's remains is seen being retrieved by the Ashford Industries Bio-Weapons Divison that arrived on the planet to capture Maya and the Omega. It is then revealed that yet another android (Thomas Brodie-Sangster) identical to Stryker is retrieving his remnants, while he says he is going to a planet named Hunter Prime.

Omega III was positevely received by critics, scoring a total of 78% on the website, Rotten Tomatoes. The critics consensus reads: With a talented cast (safe from some wrestlers), Omega III may not be the best of the previous films who originated it, but powerful and human performances, Snyder's direction as well with a classic prison-escape plot makes the film worth watching.

Critic Richard Roeper, a self-proclaimed fan of the series, noted that the film was good in the circustances it was made, and that Zack Snyder was obligated into doing the movie Fox wanted, not the movie he envisioned.

Emma Watson received praise for her role of Maya Onegin again, being once again nominated for a Scream Award for Best Actress. 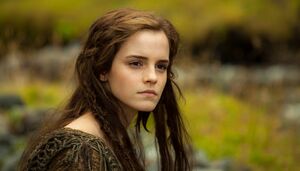 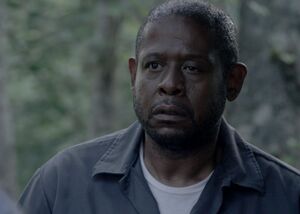 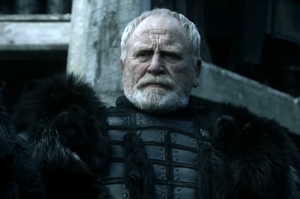 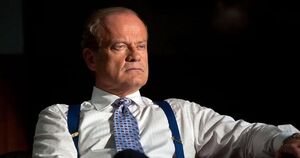 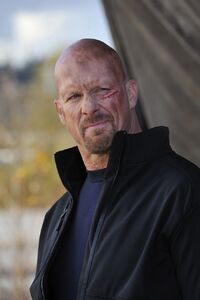 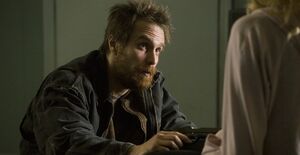 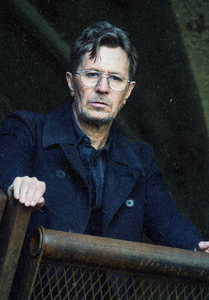 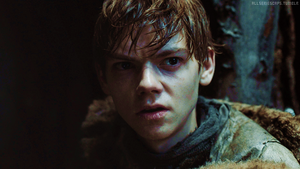 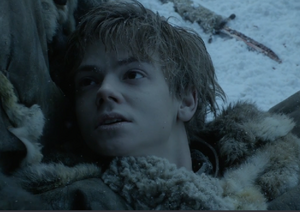 Thomas Sangster as a destroyed Thomas Stryker
Add a photo to this gallery
Retrieved from "https://fanon.fandom.com/wiki/Omega_III?oldid=193355"
Community content is available under CC-BY-SA unless otherwise noted.