ROBLOX (as an NPC)

Nikolai Yakovlevich Sovkhariyenko (Russian: Николай Яковлевич Совхариенко) is a Russian diplomat and lawyer who is a friend of ProxyCyanide, and he dealt with other people earlier, and he is a quite interesting lawyer indeed.

Nikolai Sovkhariyenko was born in Murmansk, but as he got a bit older, he and his father emigrated to Moscow, he attended university and got a law degree, he seemingly liked the job to work as a lawyer, but went through a few other people then he got ProxyCyanide as his client, and he is quite suggestive for his career, focusing his life towards law and order as an imperialistically nice and reliable lawyer for ProxyCyanide and he did a good job by himself to treat other people nicely. When ProxyCyanide became his client, he explained "he was my favorite client" and stuck with him as a result. He had another client that he had earlier, but subsequently his 1st client, Besarion Avksentiy dz Salutashvili was executed by hanging by Soviet forces.

His childhood is not pretty much known, and this was apparently his whole life, little is known about his childhood, since his mother told him to keep his childhood a secret, although one thing he remembers as a child is explained by his writing, saying that "I understand that my mother is so limited in my childhood that I remembered at the time when I had a doll Matryoshka" (Original quote in Russian reads as: "Я понимаю, что моя мама так ограничена в своем детстве, что я вспомнил в то время, когда у меня была кукла Матрешка", tr. "Ya ponimayu, chto moya mama tak ogranichena v svoyem detstve, chto ya vspomnil v to vremya, kogda u menya byla kukla Matreshka") when his mother would give him a Matryoshka doll for him to play at daycare. He initially didn't know how to speak English, although he eventually taught himself English by simply doing years of English lessons by himself, and he was born speaking fluently in Russian as well, but the same quote also mentioned that his mother was still a minor, his mother was 16 when she gave birth to him (which can be painful and illegal), but he nearly died at birth from complications from childbirth when his mother was 16, but survived when doctors treated him anyway, and he grew up healthily with his father, never to see his mom again when he was 2 years old, but managed to persevere, even after all the abuse his mom gave him. Nikolai was born an only child, after a few failed attempts of a proper family, his mom had grown so violently abusive and secretive that she beat her husband, that he and his father ran away from her mother's home to claim a house for themselves, his mother eventually passed away at the tender age of 24.

In high school, he wasn't that sociable, especially when he broke up with Nadezhda Ivanovna Badykanova (Надежда Ивановна Бадыканова), but he was mostly silent during his entire term at high school, but managed to graduate with a diploma to study at Moscow University, to receive a law degree, and he managed to get certified as a proper lawyer by himself, as a young adult, he was assigned to his first jury duty and then successfully became certified as a lawyer, and became a lot more decisive over court decisions as a whole, by the point he was certified, he was 40 and cemented his name on the Soviet and later Russian political judicial system. As he got older, he never retired and started hiring his first client when he was 54, and then ProxyCyanide at age 69, never retiring and enjoying his job. 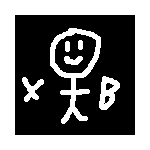