Nia Zambézi is a TV Channel owned by Rede Nia broadcasting the Province of Zambezia in Mozambique. The station was founded in 2007 as ZambéziTV

In mid 2006 Nia Group signed a request to the president of Mozambique Armando Guebuza to make a asset on the Province of Zambezia. After a few months after the request was sent, Armando told Nia Group that he accepted the request, but, the group had to launch the TV station when 2007 comes! Nia launched the TV channel in February 23, 2007.

2009 awaited Aura Corp trying to buy ZambéziTV and take ownership. Nia Group denied. Nia Group and the president of Mozambique restricted Aura to establish a TV channel untill the year 2013, but, by 2013 and still today, the company didnt make a channel in Mozambique.

2011, 2012 and 2013 awaited new series that originally came from Rede Nia and RemundoTV. And the channel took a large profit Zambézi TV was renamed to Nia Zambézi in Late 2013

2014 awaited Carlo Fraia's death which caused the channel to lose over 3000 dollars, but the channel moved on

In 2015 the logo changed and was more developing further

Even though Rede Nia changed his logo in 2020, Nia Zambézi and some other channels in Brazil and outside Brazil still keep the 2015 logo, others would remove the Rede Nia logo and remain only the text or change the logo to a own style or the 2019 and 2020 Prototype 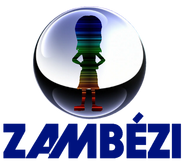 Late 2013-2015
Add a photo to this gallery
Retrieved from "https://fanon.fandom.com/wiki/Nia_Zamb%C3%A9zi?oldid=508523"
Community content is available under CC-BY-SA unless otherwise noted.