My Sister the Vampire: Fangtastic! is a 2016 film. This film stars Kira Kosarian and Amber Montana.

Olivia is a vegetarian. Ivy is a vampire. And they're twins?!? Ever since Olivia discovered that her long-lost twin sister, Ivy, is a vampire, she's been soaking up everything Ivy will tell her about Franklin Grove's vampire community. It's all top secret, and Olivia's sworn that she'll never tell another soul. But now, nosy tabloid reporter Serena Star is snooping around. As she gets closer and closer to the truth, it's up to Ivy and Olivia to throw her off track. This is one fangtastic news story that can't get out.

The story starts out with Serena Star on her television show covering a story that happened the day before. A vampire boy named Garrick Stephens had climbed out of a coffin in the middle of a funeral. The conflict is that Serena Star, finding this strange, decides to find what out the "truth of Franklin Grove" is. The rising action begins when she goes to the Franklin Grove Junior High and begins her work. She wonders why there are so many Goths in this town. Meanwhile, Sophia, Ivy, and Olivia are trying to find a way to mislead Serena Star from the truth of vampires and attempting to convince her that nothing is out of the ordinary in Franklin Grove.

Eventually, Serena comes to the conclusion that nothing is strange in Franklin Grove, or so she says. She confronts Ivy in the hall one day at school and announces that she wants Ivy to be on an episode of her show to display to the rest of the Franklin Grove students a good role model. Happy that Serena has dropped the "deep dark secret" idea, Ivy accepts. After school, they begin filming, live.

Meanwhile, Olivia, Sophia, and Brendan are waiting for Ivy in front of the school when Toby Decker, Serena's former student assistant, walks up to them and explains that he thinks Serena Star has gone mad. He says that she believes that vampires are real and that she thinks Ivy's one of them and how Serena is going to force Ivy to drink holy water, touch the Bible, look at her reflection in a mirror, and eat garlic. Thankfully, all of those are myths. Except one: garlic actually kills vampires! What will happen next? 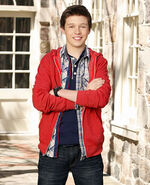 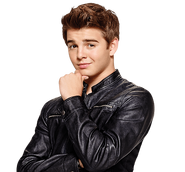 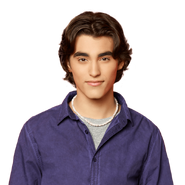 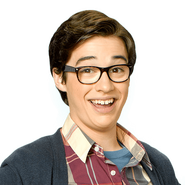 Ricky Slitherman
Add a photo to this gallery
Retrieved from "https://fanon.fandom.com/wiki/My_Sister_the_Vampire:_Fangtastic!?oldid=407625"
Community content is available under CC-BY-SA unless otherwise noted.