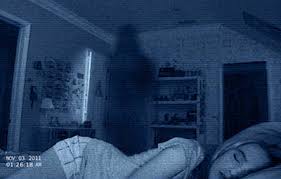 On Stephen's Birthday one of his friends give him and his girlfriend Cindy a camera to record and make movies. Stephen likes to make homemade movies of him and Cindy. Stephen and Cindy go to a party that night. When they get back someone broke in there house but nothing appers to be missing. The next day Cindy and Stephen go out again and there house is broken into again. Stephen has security cameras set around the house to catch the burglers that keep on breaking into there house. That night all the doors to there house unlock. The next day when they leave the house footsteps are heard walking up the steps and the TV is turnded on.

When Stephen and Cindy come back they find the TV on. Stephen mentions that he'll look at the cameras and Cindy freaks out. Cindy finally tells him that when she was little she was haunted by a demon

Retrieved from "https://fanon.fandom.com/wiki/My_Little_Cindy?oldid=116638"
Community content is available under CC-BY-SA unless otherwise noted.