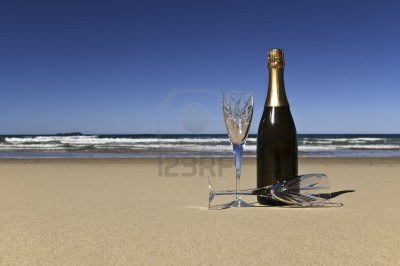 The only way you can get to Moonsong is to ride the Moonsong cruiseship. While swimming at the pool Fred bumps into a woman who cusses him out. Patrick starts to have visons of his first love Drew. Barbie hopes that they can get this Moonsong so that he wont die. The arrive at the island where the are taken to the president of Moonsong's headquarters. Patrick is shocked to find out that Drew Courtney his first love is the president and that he has a son named Adam Courtney. The people that work for him are Claire, Jane Anne, Deveraux, Judy, Shaney and Shane. Drew asks what they want with Moonsong. Erick tells him that his love is dieing from a wereawolf bite and they need Moonsong.

Drew tells them the wasted there time coming here beacuse someone stoled all the Moonsong and cut down the trees. Erick says he'll look for it and Drew has Adam, Claire, Jane Anne and Deveraux help him whenever he needs too since there the same age as him. Drew has Club Dead stay at the luxary hotel and it's the same hotel in Bardstown. Drew tells Erick taht he was the one who made this hotel and that someone else made one too. Barbie tells Erick that it's okay if he dies and Erick cries.

The too have sex giving Erick his powers and he goes to Drew and threatnes him throwing him across the room with his powers demanding to know where the Moonsong is at and Drew says he don't know and that he wasn't lying. Adam comes in just as Erick's powers die and puts him in a jail cell. Barbie and Patrick get him out of the jail cell and take him back to the room. Patrick tells him not to mess with them they will kill you.

Patrick goes and see's Drew and while Drew is taking a shower and apoligizes for what Erick did. Before Patrick leaves Drew tells him that he's starting to remeber there realtionship and Patrick says he is too. Drew invites Patrick to the shower and Patrick accepts. While looking from his room Drew see's Norman walking around the club outside. Erick goes down there and follows Norman into the jungle and falls down a hill of Aconite posion flowers and he passes out down by the river.

Barbie goes down to the dance club to look for Erick and tells Alex, Lance, Blaze and Madsion. Alex and Lance funds Erick lying in the aconite flowers and jumps in the river and carefully pull him out. They place him on a raft and try to wake him up. Barbie find him and kisses him and Erick wakes up but starts levataing in the air and he falls back down on the raft. He says he can't move and starts throwing up.

Drew says that he will wake tomorrow morning and that he needs to be kept here for tonight. Barbie and Dale steak out in the woods to see if they can see Norman. Dale said that he would watch over Eric if he wanted too. Brabie gives him his word if he dies. Bill King comes to Barbie and Dale and is suprised to see them there. Erick wakes up to Adam, Jane Anne, Deveraux and Claire starring at him.

Erick suggests that they go look for them. Adam says that they can't. Deveraux, Jane Anne and Claire say that he always dose what his father tells him and that he just needs to come out. Erick asks what's going on. Adam says that he's gay and he's afraid to tell everybody beacuse his Dad is homophobic. Erick is shocked beacuse he walked in on Drew and Patrick and he tells them and there shocked.

Adam goes and finds Drew and tells him that he's gay and Drew is happy for him. Adam asks why he pretened to be homophobic and Drew says beacuse i'm stupid. They both decide to go public with this which shocks the whole island of Moonsong. Erick walks to the hotel and can;t remeber where it's at even though he passed it a bunch of times. Dale finds Erick at the side of the road crying.

Erick gets in the car and begs for Dale to take him to the hotel because he can't find it. Dale takes him to Barbie and Erick says he's been walking around for hours looking for the hotel and couldn't find it. Adam who is nereby tells him that must be one of the side effects for Wolfsbane. Barbie freaks out beacuse he thought they got rid of it. Adam tells them that it weres off in two weeks.

Erick cries and stays in his room and is afraid to go anywhere. Barbie has Alex and Lance talk to Erick. Blake and Barbie wants Erick to leave his room and Erick dose. Erick and Blake go bike ridding around town. Blake asks him if he remebers the last bike ride they went on and Erick tells him that was in Austriala. Blake wants to know if he really loves his brother and Erick says he dose.

Blake takes Erick to a ride where Erick's family is at. They have fun and Barbie watches from in the woods with Alex and Lance. Barbie knows he's going to die and tells Alex that he can have Erick back. Alex says that he dosen't know if Erick wants him back. After ride Adam, Deveraux, Claire and Jane Anne tell him that they want to go look for the Moonsong to save Barbie.

Erick sneaks out of the hotel room and the go off into the woods. They run into Dale, Ronnie, Ali and Micheal who is looking for the Moonsong also. They take a boat down the river and they don't know taht tehre about to crash off Moonsong falls. Thye crash off and they swim to land and go through the jungle some more. They find a house and think Thayer is in there.

Erick is last to go in and see's someone outside he tells the others but they don't seem to here him. Erick go's outside and gets hit in the head with a stick. Erick is put in the house with the others. Erick wakes up and he is tied to a chair and a person with a sheet and a shotgun is standing there. The others are tied up also. Erick escapes and he and the person in the sheet fight.

Erick takes the sheet off and it's Thayer. Thayer runs away. Erick  unties the others and they run back and tell Drew. The Moonsong police search the island and don't find Thayer. Barbie invites Erick to the beach when Erick gets there he finds two champange glasses and champange. He sits with Barbie and Barbie talks about him loving him and that he will die in a couple of days.

Erick thinks about something and he, Adam, Deveraux, Claire and Jane Anne go search the house and find Moonsong. Erick runs back to Barbie's place and shoves the moonsong down his throat and the werewolf bite disappers.

Retrieved from "https://fanon.fandom.com/wiki/Moonsong?oldid=119316"
Community content is available under CC-BY-SA unless otherwise noted.