taylor kit (kendrick) is a young woman who comes to school candy where to be friends with Kylie (Morris), Claudete (Paxton) and Dean (McQueen) but does know the plastic that are Allison (Greene), Cece (Reed) and Quinn leader (Gomez) kit now quinn have to fight to see who is better and conquer the heart of len (Wesley) 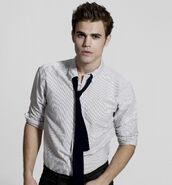 Carly Taylor
Add a photo to this gallery
Retrieved from "https://fanon.fandom.com/wiki/Mean_Girls_3_(film)?oldid=277399"
Community content is available under CC-BY-SA unless otherwise noted.